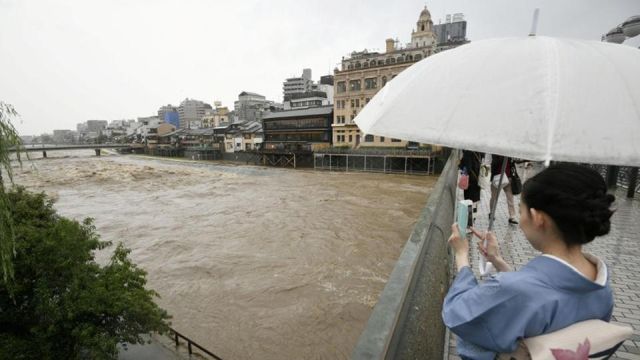 Tokyo : At least 50 people have died and almost dozens remained missing on Saturday due to torrential rainfall and flooding in southern Japan.

Dozens of people were missing, mainly in the prefectures of Okayama, Hiroshima and Ehime, where rescue teams widened their search for trapped or injured people.

Around 650 members of the armed forces were deployed for rescue operations, while an additional 21,000 were on standby, Defence Minister Itsunori Onodera told reporters.

In a press conference, the JMA warned that the earth had softened due to the rainfall, increasing the risk of accidents related to landslides.

The Japanese archipelago has been pounded by heavy rain since Thursday. The JMA has forecast record rainfall till Sunday and warned that in some regions, precipitation could reach up to 8 cm per hour.