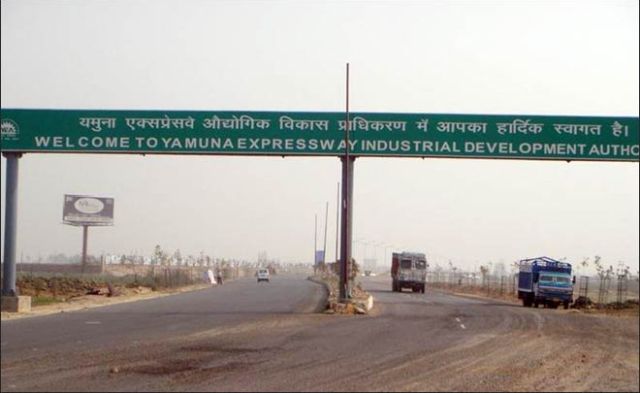 Agra : Environmentalists in the Taj city have scored a major victory, successfully stalling the Northern Bypass road project through the protected Keetham forest along the Yamuna.

Before work on a Detailed Project Report by a private agency could begin in the Rs 375 crore, 25 km-long bypass, serious objections were raised by local environmentalists who claimed that the Union Environment Ministry has now shelved the project.

After opposition to setting up a leather cluster at Keetham lake, which is a natural habitat for birds and reptiles and where a sloth bear sanctuary and an elephant rescue centre are located, government agencies went on the back foot and are now reviewing all construction projects in the area which have come up without No Objection Certificates from appropriate authorities.

The previous Samajwadi Party government in Uttar Pradesh had cleared the new Northern Bypass project to link the Delhi-Agra National Highway with the Yamuna Expressway.

“The builders’ lobby quickly got active and purchased all the available land to colonise and make big bucks. But we consistently opposed the project right from the beginning and sensitised every forum from Lucknow to New Delhi that the road through an eco-sensitive zone was not only unnecessary but also ecologically disastrous,” Devashish Bhattacharya, clean air and water crusader, told IANS.

“A few days ago I met Harsh Vardhan, the Environment Minister, who told me that the project was neither being considered nor any initiative taken. The Wild Life Board too had rejected the project,” Bhattacharya added.

The entire stretch of land along the river Yamuna from Mathura to Agra’s Bainpur range was developed to counter air pollution from the refinery and to check the march of the desert from Rajasthan.

“But colonisers and land grabbers have been eating away chunks of land through connivance with corrupt officials, threatening the fragile ecological balance in Agra,” said social activist Shravan Kumar Singh of the Braj Mandal Heritage Conservation Society.

A case is under review in the National Green Tribunal against land encroachers in the protected Keetham lake area and the adjoining Soor Sarovar Bird Sanctuary, though the original petitioner, D.K. Joshi, is now dead.

“Near Kailash temple in Bainpur range several acres of green cover had disappeared to make way for a colony. M.C. Mehta, eco lawyer, had already submitted his report after the former conservator of forests, N.C. Jain, raised the issue last year, for which he was transferred,” said a retired Forest Department employee, Murari Lal Goswami, fighting a lone battle to save the forest. The area police have filed an FIR against him on “false charges” under pressure from land grabbers.

(Brij Khandelwal can be contacted at brij.k@ians.in)