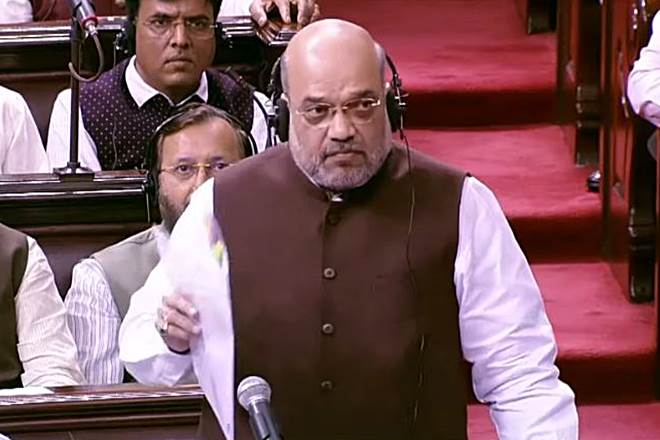 Citizen Amendment Bill was brought in Parliament to give Indian citizenship to non-Muslims who fled to India due to religious persecution from Afghanistan, Pakistan and Bangladesh, all Muslim majority countries.

The Home Minister while giving the figures did not give any source of his claim and he peddled his lie as a diktat to be accepted by the nation as truth.

The Home Minister did not give any numbers of the persecuted non-Muslims that have come to India before 2014 and how many of them will be getting the Indian citizenship.

The Citizen Amendment Act is linked to National Citizen Register in Assam where some 14 lakhs Hindus are identified to illegal migrants and will be entitled to Indian citizenship as they come under the CAA provision to be living in India before 2014. Therefore CAA has opened a Pandora box in the country because it is based on religious grounds favors Hindus and discriminates Muslims.

This led to spontaneous anti CAA protest in several places in the country and is still continuing even the monster of Corona virus is looming large in India.

Amit Shah’s blatant lie in the Parliament that he mouthed now stand exposed when the figures of non-Muslims population in Pakistan and Bangladesh has now come into Public domain.

While there is no data of non-Muslim population is available for Afghanistan the census data of Pakistan and Bangladesh is now available. This naked truth exposes the Home Minister’s thug mind and his ways to promote his Hindu agenda through BJP’s Parliamentary majority.

The Home Minister made public statement in the Parliament to justify Citizen Amendment Act and reason he cited was that this was due to the decline of non-Muslim population in Pakistan from 23% in 1947 to 3.7% in 2011, and in Bangladesh from 22% in 1947 to 7.8 % in 2011.  Let’s separate the separate the chaff from the grain or this lie from the truth.

What happened to non-Muslim population in Bangladesh from 1951 to 2011 is left to individual interpretation. There could be multiple factors to this phenomenon and attribute to religious persecution could be a judgmental reason.

The other reason could be outward migration of non-Muslims from Bangladesh into India for greener pastures or “Lebensraum” survival problem in living space to describe physical geography as a factor that influences human activities. This out migration was not just of Hindus, but also of Muslims. So to describe the reasons in decline of the share of non-Muslim population to be persecution of religious minorities in Bangladesh could be a mere fallacy.