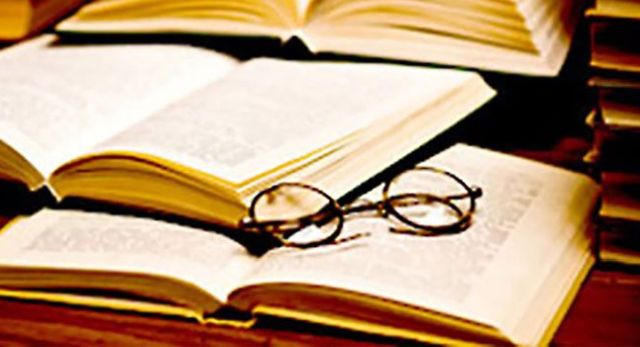 New Delhi : With the new weapon of choice to intimidate publishers being the legal injunction, industry stakeholders contend that they have escaped the heavy hand of direct political intimidation — perhaps because a critical book is not as potent as a critical TV channel or newspaper.

“The impact that books are capable of having (certainly in English) in India is perhaps in reality limited. Print and television are the more immediate and higher-impact media,” noted Thomas Abraham, Managing Director of Hachette India.

He also believes calling publishing a “sacred space” is a “tad over-hyped. Because unless you’re the Sahitya Akademi or an NGO/Trust, you’re primarily a business”.

He said while part of the business is to publish freely, but it has to be done within the limitations of existing laws. “Though, when push comes to shove, our laws (certainly a few draconian ones) don’t seem inclined to defend freedom of speech, even if our courts have generally had a good track record there,” he said.

“We must publish without fear,” asserted Chiki Sarkar, publisher at Juggernaut Books. “It’s an issue we feel passionately about. But it’s hard for many… (the legal process involving defamation) is long and often cumbersome. Many publishers do feel they have to make pragmatic choices, and why blame them. As it is, the industry doesn’t make a lot of money.”

Sarkar also noted there has been pressure and censorship across all political regimes.

“I remember Vaasanthi’s bio of Jayalalithaa (Tamil Nadu Chief Minister) being shut down by the subject. And, of course, (Wendy) Doniger happened during the UPA (United Progressive Alliance) tenure, although it was unconnected to that regime. (“The Hindus: An Alternative History” was withdrawn by Penguin before the current government was elected to power in 2014.)

But “I Am a Troll: Inside the Secret World of the BJP’s Digital Army” by journalist Swati Chaturvedi, an explosive expose of the Bharatiya Janata Party’s social media strategy, did not face any trouble. “Shadow Armies: Fringe Organisations and Foot Soldiers of Hindutva” authored by journalist Dhirendra K. Jha too sailed through.

The book maintains that BJP’s advance from two Lok Sabha seats in 1984 to 282 in 2014 has been accompanied by the burgeoning of fringe organisations such as the Sri Ram Sene, the Hindu Yuva Vahini, the Sanatan Sanstha and the Hindu Aikya Vedi which have forcefully, even rabidly, propounded the Hindutva cause.

There has been talk that ever since the Prime Minister Narendra Modi-led NDA government came to power, freedom of speech is under threat in India — and parallels are drawn with “Indira’s emergency” and “Hitler’s dictatorship” by opposition leaders and members of the intelligentsia.

In the publishing space, though, many do not quite agree with that contention — at least openly.

“We haven’t had a situation around the publication of a book that has had any pressure from any group — political or otherwise. It is important to mention here that while all voices and opinions should be published, it is equally important to publish them within the governing laws of the country,” Ananth Padmanabhan, Chief Executive Officer, HarperCollins India told IANS.

“In the past we have experienced pressure when both parties have formed the government, so this is not a particularly new phenomenon. As publishers, it’s our role to publish well-researched, good quality books, Priya Kapoor, Director of Rolli Books told IANS.

She said it was one of the responsibilities of the publishers to publish sensibly. “In the past, we have had court cases which have gone on for years, legal notices and pressures of all kinds — and in most cases we have gone ahead with the publication of the book after assessing the risks involved,” she said.

Abraham said calling the present situation as Emergency-like is “overstating” it.

“Certainly, illiberal forces are more vocal, and the political scene is much more vitiated, but the shackles that exist and that can be brought to bear as pressure from the past 50 years or more — I’m referring to outdated, and vaguely-stated laws that can be made a tool of stifling expression,” Abraham said.

Books extremely critical of the ruling regime, including Modi himself, do get published.

For example, “The Ministry of Utmost Happiness” by Arundhati Roy, in which Modi is supposedly referred to as “Gujarat ka Lalla”. More recently, in “Memory in the Age of Amnesia”, filmmaker Saeed Mirza lashed out at Modi — without naming him, reminding readers about the “scar” of his career, the Gujarat riots — that has been overlooked.

“A man has been installed as the Prime Minister of my country,” Mirza writes, “who represents a political and ideological mindset that I oppose and find deeply disturbing. His contentious and questionable journey to the pinnacle of power has been documented thoroughly and no amount of wizardry of words… by admiring political pundits and fans and his own, personal amnesia of what he did to arrive at where he is, can erase that history. The scar is permanent,” Mirza, 74, noted.

(This is the 2nd and last part of article on freedom in book publishing. Saket Suman can be contacted at saket.s@ians.in )