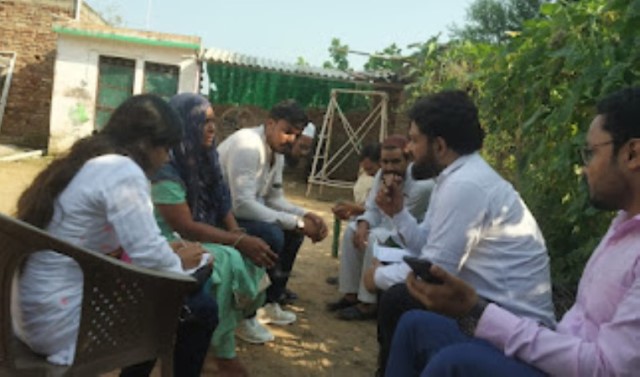 Human Rights organisation the National Confederation of Human Rights Organisations (NCHRO) had visited the Bhoond village in the Panchkula district of Haryana on October 3, 2021 with its fact-finding team. An inter-caste marriage in the village there has led to a mass boycott of the Dalit community in the village. On October 13, 2021, the organisation conducted a webinar at 5 pm on Google Meet on the same topic, and released the fact-finding report.

The webinar began with the coordinator of the Delhi chapter of the organisation, Ishu Jaiswal, introducing the case and the speakers. Manisha from Chhatra Ekta Manch, who was also part of the fact-finding team, then spoke in detail about the case, and emphasised on the importance of land rights for Dalits, who hold little to no land in the state kf Haryana. She also mentioned the way in which women are seen as the “honour” of a community, something that happened in this case as well.

After that, Azim Khan, the General Secretary of Delhi, NCHRO spoke about the visit of the fact-finding team to the village. He spoke about the responses received from the people in the village, and expressed condemnation of the boycott.

After a brief question and answer session following this, the webinar ended. Ishu Jaiswal gave a vote of thanks to all the speakers and everybody else present in the webinar.

Release of all political prisoners including Kappan  in light of  raging  pandemic : Prof. P Koya