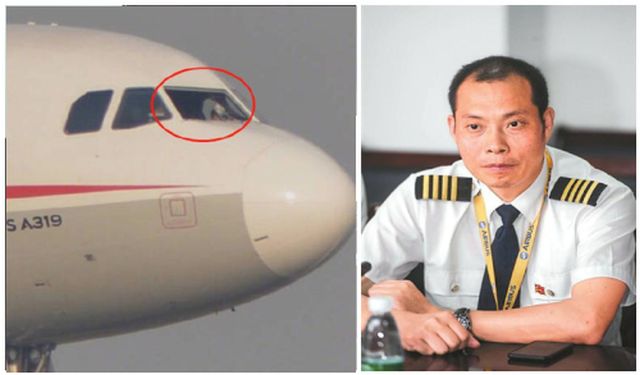 Beijing : A pilot who made a successful emergency landing in May has been honoured as one of China’s 20 “most beautiful veterans” of 2018, authorities announced on Sunday.

Liu Chuanjian, a 41-year-old Sichuan Airlines pilot, was known for his professional reaction in making an emergency landing after the cockpit window broke during flight, ensuring the safety of all the 119 people on board, reports Xinhua news agency.

Others were honoured either for their role in leading villagers out of poverty or safeguarding people’s property and life safety when they were no longer serving in the army, according to the Publicity Department of the Communist Party of China (CPC) Central Committee and the Ministry of Veterans Affairs.

Wang Qirong, 61, spent 36 years guarding a cemetery where more than 900 martyrs were buried in Napo county in Guangxi Zhuang region.

Wang Guiwu, 59, has been looking after 16 mothers whose children lost their lives when combating floods in 1998 and participating in earthquake relief operations in 2008.

The veterans received certificates and videos of their meritorious deeds were displayed at the honouring ceremony.