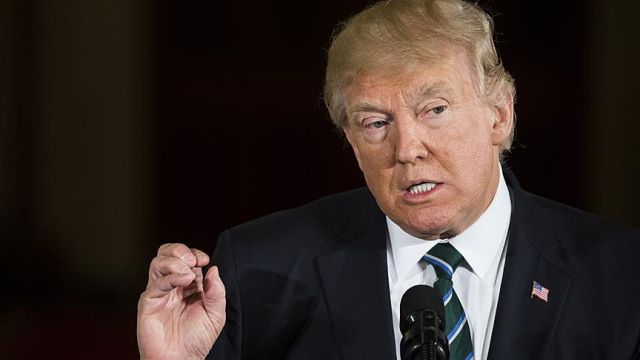 Washington : The Democratic Party of the US has introduced a resolution in the House of Representatives condemning the statements made by President Donald Trump during the Helsinki summit with his Russian counterpart Vladimir Putin.

Trump was widely criticized by opponents and members of his own Republican Party for his remarks during a joint press conference on July 16 with Putin, in which he raised doubts over the US intelligence community’s findings that Russia had meddled in the 2016 presidential elections.

“As the whole world knows, a week ago President Trump sold out our democracy in behaviour that was damaging, destructive and disgraceful,” said Nancy Pelosi, Democratic Minority Leader in the House of Representatives, at a press conference on Monday.

She said that Trump betrayed American democracy and that many House Republicans were “complicit in the President’s betrayal” for remaining silent on the issue, ABC News reported.

Adam Schiff, the highest-ranking Democrat in the House Intelligence Committee, said the resolution reiterates the US policy of standing up for democracies around the world and condemns Trump’s “destructive direction” to diplomacy by which he makes “common cause with autocrats around the world”.

Although Schiff said that the Republicans must wake up and protest in defence of democracy, Pelosi admitted that voting on the resolution would be very difficult due to the large conservative majority in the House.

Representative Eliot Engel, Ranking Democrat on the House Foreign Affairs Committee, knocked Trump for a “failure to confront” Putin at the summit for Russia’s election interference, while touting NATO as “the hallmark of American foreign policy”.

“We have a President unfortunately who not only wants to destroy NATO, who insults our allies, who tries to rip NATO in half, but he then cozies up to Vladimir Putin,” said Engel.

The trio also called on State Secretary Mike Pompeo, Director of National Intelligence Dan Coates, Defence Secretary James Mattis, as well as CIA director Gina Haspel to testify on the subject before committees of jurisdiction in the House.