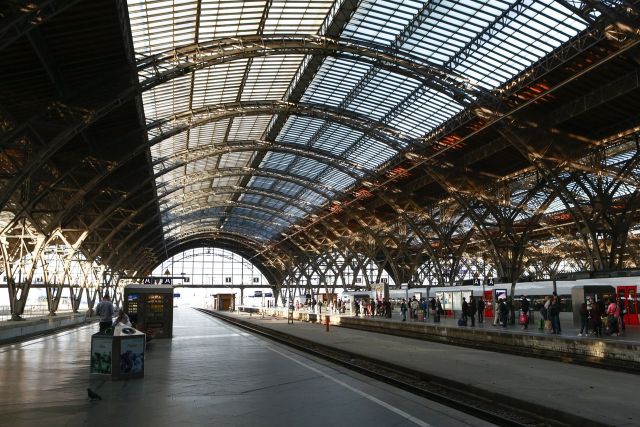 New Delhi : Despite the Finance Ministry’s objections, Indian Railways is pushing ahead with a proposal to involve the private sector in redeveloping 600 stations on an extended 99-year lease – as opposed to the 45-year lease proposed earlier for 400 stations.

The Railways will seek Cabinet approval for its amended proposal at a time key initiatives of the national transporter, such as 100 per cent electrification, installation of European train control systems and free Wi-Fi at all stations, among others, have not found favour with the Prime Minister’s Office.

The initial proposal for redevelopment of 400 stations on a 45-year lease was made when Suresh Prabhu was Railway Minister. However, the proposal did not receive a good response in terms of bidders.

After Prabhu relinquished charge to Piyush Goyal last year, the Railways, this January, circulated a draft cabinet note to various ministries seeking comments on making significant changes – such as extending the lease period from 45 years to 99 years – in the station redevelopment project that now involves an expenditure of over Rs 1 lakh crore.

While the comments from the Niti Aayog and the Urban Development and Law Ministries were in favour of the Railways proposal, Finance Ministry objected to the 99-year lease period and observed that the “lease period should be limited to 60 years”.

“We have suitably explained to justify the 99-year lease period and are hopeful that the proposal will get approval from the Cabinet next month,” said a senior Railway Ministry official.

Responding to the Finance Ministry’s observation, the Railways has explained in a note that the changes it sought were “essential to attract the major real estate players into such transit-oriented development (TOD) programmes in the urban sector”.

TOD is a type of urban development programme which maximises the amount of residential, business and leisure space within walking distance of public transport. The Railways’ note has details about the TOD which aims to increase public transport ridership, reduce automobile travel, and promote sustainable urban growth.

The basic purpose is to leverage the commercial potential of railway land while at the same time upgrading basic amenities at stations, the official, said adding: “The government aims to use the redeveloped stations as catalysts of economic activity in the surrounding areas.”

The redevelopment of 600 stations envisages opening of shopping plazas, office complexes, hotels, multiplexes and parking lots, among other commercial activities, on rail land, and making provisions for improved passenger amenities at stations.

While the Railways aims to earn about Rs 50,000 crore over the next 10 years from commercialisation of rail land near stations, the ambitious project is expected to involve expenditure of over Rs 1 lakh crore — Rs 80,000 crore in commercial exploitation and Rs 35,000 crore in station redevelopment.

The Cabinet had, in 2015, approved the proposal to redevelop 400 railway stations using a contract method called the “Swiss Challenge” – with a 45-year lease period. However, the proposal did not get a good response, prompting the currently proposed changes.

Besides, earlier only General Managers (GM) of zonal railways were authorised to undertake the exercise. Now it has sought the involvement of states, the public sector, public-private partnership (PPP), and the engineering, procurement, construction (EPC) models as well.

Besides, the India Railway Stations Development corporation Ltd (IRSDC) and NBCC have been roped in to carry out the station redevelopment exercise.