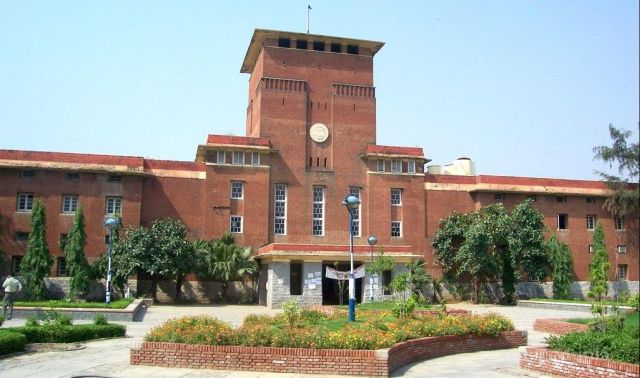 New Delhi : The Delhi University earned over Rs 3 crore in fees paid by students for either revaluation or rechecking their answer-sheets and for providing photocopies of answer-sheets to them between 2015-16 and 2017-18, an RTI has revealed.

During the same period, it earned Rs 23,29,500 for rechecking and Rs 6,49,500 for providing students copies of answer-scripts evaluated.

As per university rules, students have to shell out Rs 1,000 for revaluation of a single copy and Rs 750 for rechecking of the answer-script — which means only re-totalling of the marks — and same amount has to be paid for obtaining photocopy of answer-script also.

The information regarding the income generated was given by the varsity in response to an RTI application filed by a former Delhi University student, who had demanded that he be allowed the inspection of his answer-script free of cost as per a certain RTI section which allows inspection of public records.

“I had filed an RTI seeking inspection of my answer-script in 2016. My plea dragged on for two years and I had to take recourse to the CIC (Central Information Commission), which ordered the university to let me inspect the answer-script as per RTI’s Section 2(j).

“The university is yet to allow me the inspection of my answer-script. It has said it will pursue the matter further at the high court,” the former law student told IANS.

The RTI Section 2(j) lays down that a person can access records kept under any public authority for, among other purposes, “inspection… taking notes, extracts”.

The applicant said had he been allowed the inspection of his answer-script, and in case any discrepancy found, he would have asked for the re-totalling/ revaluation to be done by the university free of charge, since he is not bound to pay for the mistakes made by the university.

“This is a grave issue of public interest. Not every one is rich enough to spend Rs 1,000 or Rs 750 for revaluation. Also logically, if discrepancy is found, the university should be duty-bound to correct it without cost… They (university administration) are making students pay for the mistakes they made,” he said.

The Central Information Commission (CIC) in its August 18 decision had ordered the Delhi University to allow the applicant inspection of his answer copy in “larger public interest”.

“… The Commission felt that issue under consideration involved larger public interest affecting the fate of all students who wish to obtain information regarding their answer-sheet/ marks.

“Hence allowing inspection of their own answer sheets to the students ought to be allowed as per the provision of the RTI Act, 2005,” the Commission said, adding that the applicant be allowed the inspection of his answer-sheets within 15 days of this letter.

When he was not allowed the inspection of his answer-sheet even after the CIC decision, the former DU student approached the Public Information Officer of the university later in the month through another RTI, who told him that the university’s Examination Branch (which keeps the answer-sheets) has decided to challenge the verdict.

Earlier, before the CIC, the university officials had contended against allowing of inspection of answer-sheets as per the RTI Act provisions, saying that doing so “would render their existing mechanism of providing hard copies…redundant”.

“The Respondent…apprehended that allowing inspection of files would render their own mechanism of providing certified copy of answer-scripts as per the fee prescribed in their regulations as meaningless, since the candidates would would certainly opt for inspection as per…RTI Act, 2005,” the CIC noted in its verdict.

(Vishal Narayan can be contacted at vishal.n@ians.in)