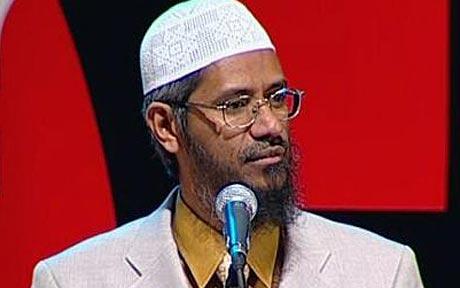 New Delhi : The government on Wednesday indicated it was contemplating action against controversial Indian Islamic preacher Zakir Naik, who was followed by militants who killed 20 persons in Dhaka’s Holey Artisan Bakery on July 1.

It was a “matter of law” and the agencies concerned will take “appropriate action”, Minister of State for Home Affairs Kiren Rijiju told reporters here.

“We will give all kind of support, whatsoever, in matters related to terrorism,” he said.

Asked if the government planned to ban the preacher, as some other countries have already done, the minister said: “It’s not wise on part of the minister to make announcements about actions likely to be taken.”

Naik, founder of Mumbai-based Islamic Research Foundation, is banned in the United Kingdom and Canada for his hate speeches aimed against other religions.—IANS

Dr. Zakir Naik: From a liberal Muslim to Islamist