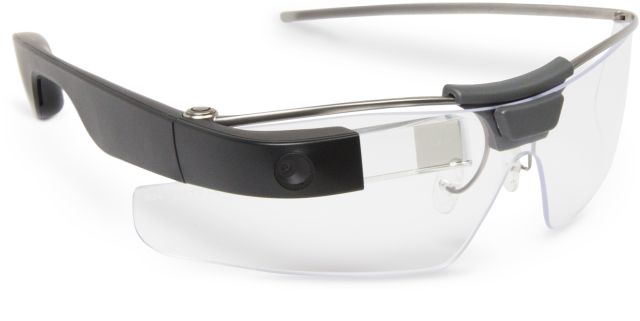 Washington : Google Glass — an eye-wearable device that made headlines in 2015 but failed in the consumer technology space — has now rekindled the hopes of millions of people with autism spectrum disorder (ASD) globally, including in India. Although no official numbers are available, at least 70 million people have autism worldwide, including over 10 million in India.

There is no cure for autism but early diagnosis and intervention with therapies does improve the long-term outcome.

“We need help. We need families and schools to support the first wave of technology for autism and special school communities.

“I am open to collaboration if there is an interest from schools, organisations and families from India. We can customise our Google Glass-based applications for autistic people in India,” Dr Sahin told IANS.

Brain Power is currently working with several schools in the US. The “Empower Me” wearable system has been used by hundreds of children and adults on the autism spectrum.

In this technology, the child or adult wears light, computerised Glasses and sees and hears special feedback geared to the situation — like digital coaching on facial expressions of emotions, when to look at people, feedback on the user’s own state of stress or anxiety.

“The apps also encourage them to make eye contact and control repetitive behaviours — both of which are big challenges related to autism,” said Dr Sahin, a famed neuroscientist who studied at Harvard and MIT.

According to Dr Sahin, contrary to what most of the people think, kids actually treat wearable devices as fun and are facing no problem using them.

The game-like apps collect numerical behavioural data — scientifically and rigorously — and present the child, family, school or clinic with insights and answers they can readily understand.

“We now have a package for schools consisting multiple AR devices. The devices and the software add more functionalities than we had before. It generates very good data about how kids are learning, their progress and whether young adults have the right skill-sets to get a job,” Dr Sahin explained.

In this technology, a camera is placed in the classroom which is connected to a computer that runs Machine Learning (ML) algorithms.

“AWS gave us access to its new product called Deeplens months before releasing it to the public. ‘Learning Eye’ uses Deeplens’ capabilities to run ML in the classroom in order to assist teachers as well as kids,” noted Dr Sahin.

“The teacher can also assess when the student is bored and initiate an immediate feedback to improve the student’s mood. She can get entire data about what is happening in the classroom,” Dr Sahin informed.

AWS Deeplens helps the Brain Power team run deep learning models locally on the camera to analyse and take action on what it sees.

DeepLens is easy to customise and is programmable using AWS Lambda — a serverless compute service that makes it easy to build applications that respond quickly to new information.

“We are very serious about maintaining privacy. Video footage stays in the classroom and is never sent to Cloud. Video processing is done at the edge of the Cloud to maintain complete privacy,” Dr Sahin told IANS.

The company has also developed a method known as “Fidgetology” which rapidly quantifies body language to assess mental health or to estimate enjoyment of ads or other media.

Dr Sahin is positive that Indian schools and organisations working in the field of autism will come forward to a life-changing experience.

“We would like to expand our capabilities to India. It all depends on the desire of the people to have the new technology and empower children and adults all along the autism spectrum to teach them practical life skills,” the neurotechnology entrepreneur hoped.

(Nishant Arora can be contacted at nishant.a@ians.in)