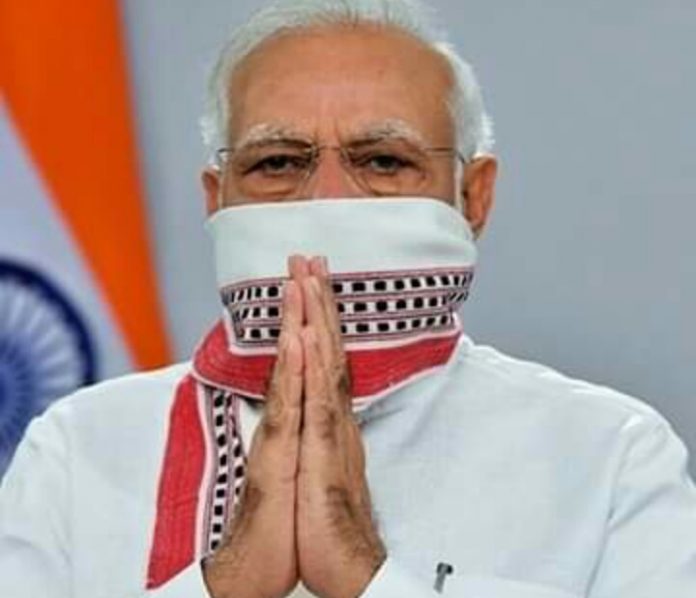 India doesn’t figure in the top 40 countries, which are doing something to challenge this deadly virus, and even lowest among the countries in terms of number of tests

New Delhi: As the National Capital is surging with Covid-19 cases, opposition Congress on Friday alleged that the Delhi government led by the Chief Minister Arvind Kejriwal was ill-prepared to tackle this unprecedented health crisis. Presenting a 10-point charter of demands, Congress pointed out that 55 healthcare workers were contacted with this disease which is the highest in the country.

Addressing a press conference via video conferencing, party spokesperson and former Union Minister Ajay Maken took the Delhi Government and the Union government to the task over the lack of preparation to cope with coronavirus pandemic.

Maken said Delhi has huge scarcity of PPE as the Delhi government was very slow to act and as late as on April 3, the Chief Minister ordered to find out the requirement of PPEs.

“It was only in a meeting on 4th of April that the CM directed to provide “a realistic estimates for requirement of consumables like N-95 Masks Surgical masks, PPE kits etc. in all public scenarios.”

Referring to the 55 infected healthcare personnel, he said it is nowhere in the country, such a large number of health care workers have been contacted with this disease.

“It is only in Delhi. So it is a lack of Delhi Government and or the Union Government’s effort in this that such thing has happened and they also not made any effort to procure New Ventilators, while the faulty ventilators at many places still exist”, he added.

According to the Delhi government, 1,640 total tested positive in the national capital and 1,080 special operations and 135 are under investigations.

In this backdrop, Maken strongly suggested that aggressive testing both at the State and National levels should be done.

Responding a question that how much percentage of the population should be tested, Maken said it has to be based on population size because India is among the lowest in the world.

“We call ourselves as world’s emerging power and we are lowest among the countries in terms of number of tests per million people and that is why India is not one of the safest places as the ‘Forbes’ has conducted their survey.”

Exposing the Modi government’s hollowness in tackling this crisis, Congress leader underlined that even India did not figure in the top 40 countries, which are doing something to challenge deadly pandemic.

He also presented a 10-point charter of demands to the Kejriwal government.

Bikul jee Aiasa hee hain, ( yeah absolutely, we are not satisfied with the government), Maken quipped.

“As an opposition, it is our duty to question the Government, wherever we feel that there are lacking in preparation, lacking in their work. So, first of all, I had pointed out that as far as the PPE, for the Health Care workers are concerned, the Government was very slow to act and on other things also, like the schools.”

The 10-point suggestions are:

1:Referring to Pizza delivery boy incident, SOP for delivery boys should be prepared and should be notified as regulations so that they are binding on everyone.

2: Protection gears, including sanitizers, mask, and hand gloves, should be provided by the employers.

3: The pizza delivery boy was refused to be tested earlier despite being symptomatic. SOP should also include early testing of this vulnerable section.

4: Delhi has one of the highest percentages of Migrant populations in India. They are not only labourers or construction workers, but also include self-employed as street vendors, rickshaw pullers, rag pickers, etc. Rupees 7500 should be provided to each of such vulnerable section per month. The Government should immediately, based on records available, transfer money to this section.

5:Rajasthan and Punjab Governments have deferred fixed charges in the electricity bills of all non-domestic (commercial) and industrial connections for March and April. Delhi Government should ensure that no fixed charges on electricity bills are charged for the period of three months from the industrial and non-domestic (commercial) connections. Worth mentioning here is the fact that Punjab, Rajasthan, and Chhattisgarh spend about three times more on electricity subsidy in their respective States.

6:Chhattisgarh Government, in one go provided two months ration, free of cost to 86%% of the households. It includes 70kg rice, 2kg sugar and 3kg pulses. Similarly, in Delhi, all households of E,F,G,H category areas of Delhi, including all slums, resettlement colonies, unauthorised colonies, unauthorised-regularised colonies should be provided immediately two months of ration. This will cover around 60% of households in Delhi.

7:Delhi Government schools cater to only 34 % of total students in Delhi. It is one of the lowest in the country. For rest of the students, the parents are worried about the fees and the teachers about their salaries. The Delhi Government should pass an order for not charging any fees and should ensure 75% of the salaries for the teachers are provided by the Government to the schools.

8: All MSMEs should be given 75% of their employees’ salaries for three months.

9”Private or Government Safai Karamcharis and health care workers should be provided Rs 7500 per month as risk allowance for 3 months.

10:All unemployed youth upto the age of 35 yrs, who has already registered or registers upto 30th April should be provided unemployment allowance of Rupees 5000.