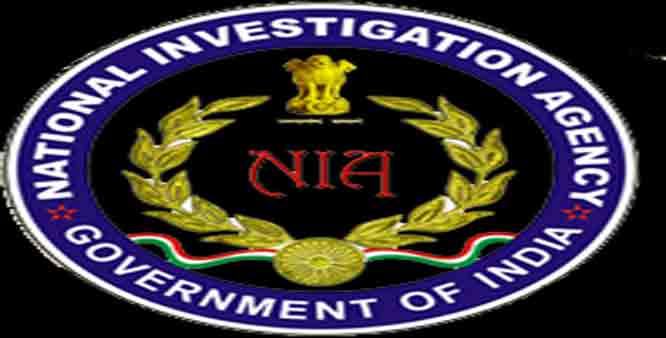 New Delhi, Jan 29 : An Indian terror module pledging allegiance to the Islamic State (IS) is a reorganised group of the virtually defunct Indian Mujaheedin and SIMI elements, recruiting new members to carry out a string of terror strikes across the country, highly placed intelligence sources said.

This fact came out during the questioning of 14 suspected Islamic State (IS) sympathisers who were arrested last week from 12 places in six cities in a synchronised raid conducted by the National Investigation Agency (NIA), the sources added.

Those inspired by the IS ideology were hooked by Yusuf-al-Hind who, the Indian security agencies believe, is former Indian Mujaheedin (IM) member Shafi Armar, a resident of Bhatkal in Karnataka.

Armar, now believed to be in the Islamic State-held area along the border of Iraq and Syria, formed ‘Janood-ul-Khalifa-e-Hind’ and recruited Mumbai-based 33-year-old Mudabbir Mushtaq Shaikh as ‘Amir’ (chief) of the group.

Official sources privy to the investigation told IANS that Armar also recruited his brother Sultan and others who had worked for Indian Mujahideen and the now-banned Student Islamic Movement of India (SIMI).

“Apart from former IM and SIMI members, Armar chose those who are basically inspired by the IS ideology. He first recruited his close aides and then inspired them to recruit more supporters,” an official, on condition of anonymity, told IANS.

“They used social networking sites and made calls through the internet (using VoIP – Voice over Internet Protocol) to activate the sleeper cells of IM and SIMI,” the official said.

Another intelligence source declining to be identified said that the outfit members were directed to carry out strikes across multiple cities, including Hyderabad in Telangana, Bengaluru, Manglore and Tumkur in Karnataka, Lucknow in Uttar Pradesh, and Aurangabad and Mumbai in Maharashtra.

“They were asked to organise training camps — like how to use fire arms — before the attack. They were also trying to establish channels for procuring explosives and weapons,” the official source told IANS.

The leadership of Janood-ul-Khalifa-e-Hind, active since April 2015, was following the IM and SIMI set-ups by choosing their organised central, state and city level core groups, the official said.

The 14 men, allegedly influenced by IS and arrested by the NIA, are also said to have revealed that the 20-year-old Uttar Pradesh-based Mohammed Aleem was chosen as Naib Amir, the second-in-command of the group after Mudabbir.

The sources said Karnataka resident Najmul Huda was the military commander and 24-year-old Hyderabadi Mohammed Nafees Khan was the finance chief of the outfit.

(Rajnish Singh can be contacted at rajnish.s@ians.in)—IANS