Home India India’s plan to breathe easy is out, but targets are not legally...
Facebook
Twitter
WhatsApp
Email
Telegram 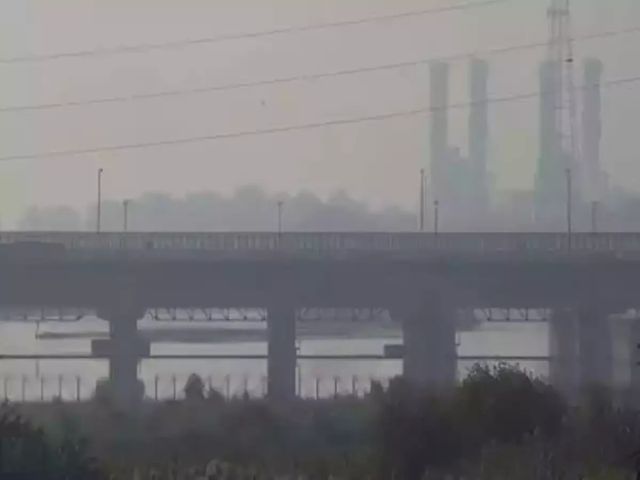 New Delhi : The Indian government has unveiled its long-awaited National Clean Air Programme (NCAP) that aims at a 20-30 percent reduction of particulate matter (PM) concentration over the next five years, with an overall goal of mitigating air pollution and improving air quality in the country, which has some of the world’s most polluted cities.

The time-bound plan, targeting a specific PM level reduction by 2024, is encouraging, following the draft version in April 2018 that drew criticism for having no clear targets. However, the key challenge lies in the implementation of the NCAP, particularly as the targets are not legally binding in the current plan. With no mechanism to legally enforce the targets, there is concern that the plan, while good in intention, might not be effective.

The NCAP comes after years of public outcry and continuous intense pressure from the judiciary, media and experts on the government to take action on India’s toxic air pollution. Though it has been welcomed by experts as a step forward, some believe it would be stronger with legally-binding targets and provision for action against its non-implementation.

“We need to give credit (to the government) that there is a plan now. This is a step in the right direction, but in its current form it lacks the ambition to achieve breathable air,” Sunil Dahiya, senior campaigner with Greenpeace India, told Mongabay-India. “It needs to build on missing links. It’s basically a plan of plans which lacks teeth to bite (in case of non-compliance). In India, where a (legally) notified plan (GRAP) by government to reduce pollution failed, the implementation of the NCAP will be a challenge in its current form.”

Dahiya said they hope that India’s environment ministry will show more seriousness in implementing the plan and strengthen it.

The need to ensure compliance of the plan is an important factor that will determine the success of the plan. Director of Climate Trends, Aarti Khosla, stressed that “solutions to the problem of air quality will come faster if there is strongest political will at the top”.

“The plan does not have an associated enforcement, regulation or compliance mechanism. It is basically a wish list. The question, which was the question even before, is that it is okay to have all these plans but what will happen in terms of strengthening enforcement which really is the missing piece. They have not addressed it,” Khosla said.

Even the NCAP admits that non-compliance is an issue. It noted that the experience of authorities so far “indicates lack of regular monitoring and inspection as the major reason for non-compliance”. To deal with the issue, it stressed that “trained manpower and regular inspection drive will be ensured for stringent implementation”.

The plan is significant given that around a million lives are lost every year due to air pollution. According to a study published in The Lancet in December, of the total deaths in India in 2017, 1.24 million deaths, equivalent to 12·5 percent of total mortalities, could be attributed to air pollution.

The continued outcry against air pollution intensified few years ago when the capital Delhi and adjoining regions in northern India consistently recorded “severe” levels of air pollution during the winter season, from November to February.

The plan, launched by India’s environment minister Harsh Vardhan last week, sets a national level target of 20-30 percent reduction of PM2.5 and PM10 concentration by 2024, with 2017 as the base year. It is currently a mid-term five-year action plan, with 2019 as the first year and an initial funding allocation of Rs 300 crore. However, the government emphasised that international experience and national studies indicate that a significant change in terms of air pollution initiatives will only be visible in the long term. Thus, after a mid-term review, the programme may get extended for 20-25 years.

The other main features of the NCAP include a substantial increase in number of monitoring stations across the country including in rural areas, increased focus on indoor air pollution, an air quality forecasting system and city-specific plantation plans for the non-attainment cities and towns. It also focuses on research and monitoring with source apportionment studies, health impact studies, review of standards and emphasis on enforcement and sectoral interventions.

In addition, the plan aims to increase the existing number of continuous ambient air quality monitoring stations (CAAQMS) from the 134 stations in 71 cities and 17 states, with a special focus on the Indo-Gangetic plain. “Impetus will be on low-cost indigenous real-time monitoring stations,” said the plan.

On plantation plans, NCAP aims to link to India’s target of additional forest and tree cover of 2.5 to 3 billion tonnes of carbon dioxide equivalent by 2030. “There needs to be more focus on the western regions of India (Rajasthan and Gujarat) for enhanced tree cover, which will reduce wind-blown dust within the country and will also act as barriers for transboundary dust,” the plan noted.

The NCAP will be made functional with a combined effort of different ministries including ministries of transport, petroleum, new and renewable energy, heavy industry, housing and urban affairs, agriculture, health, NITI Aayog, the Central Pollution Control Board (CPCB), experts, civil society and academics.

Meanwhile, during the launch it was also emphasised that the plan is envisaged to be dynamic and will continue to evolve based on any emerging scientific and technical information. The plan will be integrated with the existing policies of the government, including the five major missions of the National Action Plan on Climate Change (NAPCC).

(In arrangement with Mongabay.com, a source for environmental news reporting and analysis. The views expressed in the article are those of Mongabay.com. Feedback: gopi@mongabay.com)