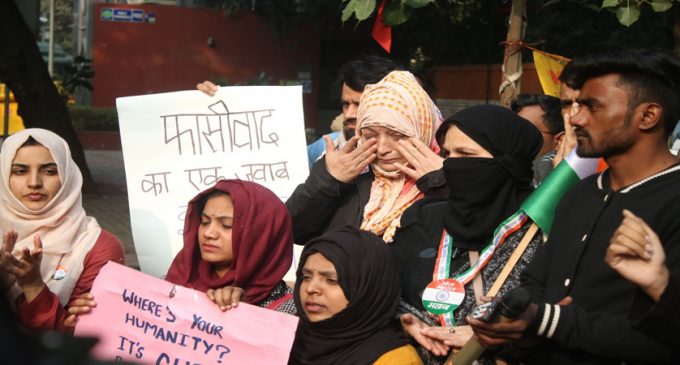 “When a paradox is widely believed, it is no longer recognized as a paradox.”

The abovementioned quote by American aphorist Mason Cooley serves as a mirror reflecting the brewing complications between a nation such as India and its constant invalidation of one of the major foundational principle of its constitutional being, ‘secularism’ to be precise.

Interestingly, however, the term never appeared directly on the preamble and was sidestepped by leaders like BR Ambedkar and Jawaharlal Nehru, both holding important positions in the building of India as a nation, until the infamous 42nd Amendment which took place during the Emergency period.

This intended avoidance for a good number of thirty years did not mean India was planned not to be secular. Instead, it meant keeping cognizance of India’s inability to fit in the western standards of secularism due its polar opposite setting of history and culture where rulers and religious publics had been interacting from times immemorial, it was deemed better not to use the term at all, than to use it fraudulently, as noted by historian Ian Copeland.

India, keeping record of its history, demography and geopolitics, could not and cannot afford the absolute exclusion of State from Religion, though the very same exclusion is what its ultimate goal was and should be. A country with an influx of multiple religions, castes, customs, traditions, cultures etc has to position itself very smartly in regards of attaining such utopian goals. Secularism in India, thus, does not mean the separation of religion from state. Instead, secularism in India means a state that supports or participates in a neutral manner in the affairs of all religious groups.

Government has interfered with personal faith and religious practices when there was a violation of basic human rights as enshrined in the Indian Constitution.

Though, as much as such positively discriminating involvement is necessary, the negatives in this regard weigh more. It is evidently clear that secularism which was earlier jibed as an “appeasement to please the minorities” has now been completely abandoned by the present government, which has continuously disregarded the journey envisioned by Nehru and Ambedkar, with its recent discriminatory rulings against the minorities as seen in the case of implementation of CAA-NRC and Abrogation of Article 370 in Jammu and Kashmir, India’s sole administered state with a Muslim majority, while displaying a model of a communally controversial temple in its Republic Day parade at the same time. How can a religious sentiment be showcased by the government on a day dedicated to the constitution which warned us off such very same acts?

As someone belonging to the minority community, I have often overlooked racial slurs made by my fellow countrymen over the years, out of love for my country. I have been jibed an anti-national, asked to go to Pakistan, have witnessed both passive and overt discrimination to the extent people slurred me as having a terrorist’s mind- all this while holding an economic and societal privilege at an age where I have not even touched adulthood. I cannot begin to imagine what people in the lowest strata sharing the same faith as mine, would be facing as a repercussion of what the ministers make their followers believe in. But still, both our nationalism and religious values, ask us to hold patience over divisive tyranny, making the majority of the minority to come to terms with it while holding the flag, the constitution and the power of dissent granted by it.

However, when people in power make similar comments which target my identity, regardless of my privilege, a personal threat transforms into a concern for the nation as a whole.

That is why I believe ‘true’ secularism in India has been a paradox balancing itself at the fulcrum between risen butchered bones of those murdered by its inefficiency against the lowered lives of those who survived and witnessed the butchering guilty of no charge.

Secularism is not a choice, but a Duty