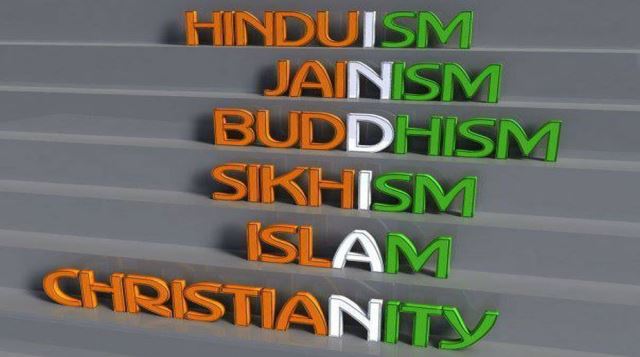 Seventy one years ago, on January 26, 1950, India adopted its new Constitution – a Constitution deeply embedded with the values of Secularism, Socialism, and Democracy which was framed after deliberate considerations, keeping in view the welfare of all the sections of the society as reflected in the Preamble which serves as its soul. The Preamble laid down the basic guidelines along which the social, economic, and political framework of the nation was to be structured. It also laid down the source from which the document derives its authority and meaning, and it is none other than “the People of India”. This Constitution and the values enshrined in it was the first step towards the fulfillment of the long held aspirations of a people who had achieved their freedom after a long struggle and innumerable sacrifices. The war for freedom was fought by the people of the country for the people of the country, thus making them the supreme authority to decide what kind of a country India should be, and the Preamble stands as a testimony to this historical moment conceding this historical fact.

The Preamble declares India a “Sovereign, Secular, Socialist, Democratic Republic”. Although the word ‘Secular’ (as well as ‘Socialist’) was incorporated in the Preamble in 42nd Constitutional Amendment Act, 1976, secularism has been an integral part of the Constitution since its very inception. The word “secular” was added later just to specify this secular character of the constitution which was already imbibed in it under its different Sections and Articles like Fundamental Rights. It emphasizes on “Justice” (Social, Economic and Political), “Equality” (of status and opportunity: Articles 14-18 of the Constitution of India), “Liberty” (of thought, expression, belief, faith and worship: Articles 19-22 & 25-30) and “Fraternity” (assuring the dignity of individual and the unity and integrity of the nation: Article 23 & 24). Upholding these values is the only way to keep India on the path of progress and development as was envisioned by its founding fathers. The range of diversity in India – social, cultural, lingual, ethnic, religious – is unsurpassed by any nation and needs to be preserved as this is what makes India a uniquely beautiful country. Our Constitution makers respected and upheld the idea of this diverse India by ensuring that no is discriminated against on any ground, as outlined in the Preamble to the Constitution which cannot be disregarded.

Another landmark judgment in this regard came in S. R. Bommai v/s Union of India case, 1994, when President’s Rule under Article 356 was imposed in non-congress ruled states in the aftermath of demolition of Babri Masjid. The Court held that Secularism is one of the basic features of the Constitution of India, a positive concept of equal treatment of all religions, thus implying that the state has no right to favor or disfavor any religious sect. The Supreme Court of the country has, thus, always withheld the secular character of the state, emphasizing that principles and sanctity of our Constitution must be upheld while dealing with policies, rules and acts based on religious lines. “We, the People of India” gave this Constitution to ourselves so that our rights can be safeguarded and to ensure that all the people living within the boundaries of this nation can have a sense of dignity and security. Hence, in abiding by it alone lies the welfare of us all. It is our duty and obligation to respect its ideals and institutions and to save its soul, ensuring that nobody dares to kill it; because once the soul leaves a body, the body starts rotting and can never be revived. Let’s wake up before it’s too late.

The author is Assistant Professor at School of Engineering Sciences and Technology, Jamia Hamdard and Deputy Director at RCA.