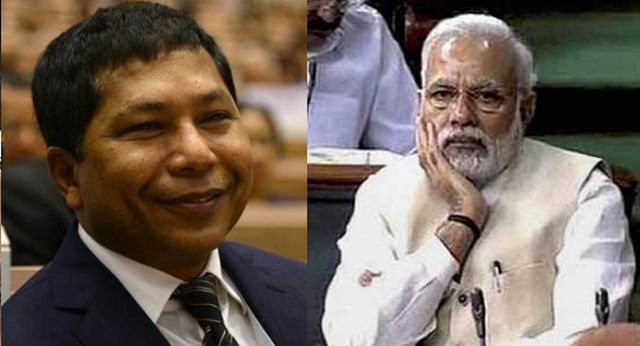 In his Budget 2018-19 speech on Thursday, Finance Minister Arun Jaitley announced a flagship National Health Protection Scheme under which Rs 5 lakh cover will be provided per year to 10 crore poor and vulnerable families in the country.

“The Central government in fact invited the State government to present this exemplary health initiative to other states. I must thank him (Prime Minister) for replicating the scheme,” Sangma told IANS over phone.

Noting that Megha Health Insurance Scheme is one of the transformations in the state’s health sector, he said: “There is no programme as inclusive as ours. Our scheme did not confined only to BPL (Below Poverty Line) families, but we extended it to everybody….”

“Not just this health scheme, we have one of the best Intensive Care Units in government Ganesh Das hospital and Tura hospital. We have made it slow but steady progress in health care sector. And the most important is that we have been able to take care of the expenditure for the medical treatment,” he added.

On Modi’s allegation about the state’s “poor” health sector, Sangma said that “it was unfortunate for the Prime Minister… obviously because he did not do his homework properly”.

The Chief Minister also exuded confidence that his party will retain power in Meghalaya, while saying the results of the Rajasthan bypolls where the party wrested two parliamentary and one assembly seat from the ruling BJP an indication “people’s actual anger and frustration” against the BJP and a sign that Congress will return to power in the 2019 general elections.