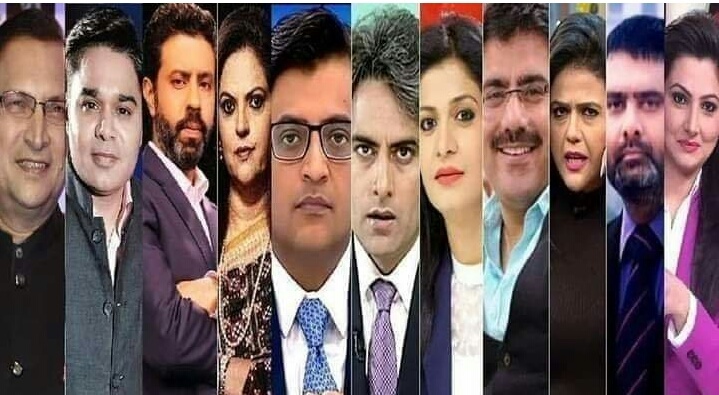 New Delhi: Hailing the Bombay High Court verdict on Tablighi Jamaat as “historic’ and ‘fresh air’, leading Muslim groups on Sunday strongly demanded withdrawal of all cases against Tablighi members. They also demanded unqualified apology and due compensation to the foreign Tablighi victims who had suffered a lot due the malice of the administration and reining in the Islamophobic media for demonizing the Muslim community.

All India Muslim Majlis-e-Mushawarat, an umbrella body of a host of community organizations, welcomed the judgement. Mushawarat , president , Navid Hamid said the judgement has exposed the bias and malice of both the government as well its pliant media.

The judgement  also unmasked the Muslim- phobic media and its connivance with the anti -Muslim politics of right wing forces besides vindicating Tablighi Jamaat’s innocence which was targeted with an ulterior motive and agenda to divert country’s attention from the failiure of the government to contain COVID-19, said Navaid Hamid.

Both the factions of Jamiat Ulama-i-Hind, All India Milli Council, Popular Front of India, Social Democratic Party of India and others saidthe judgment of the Division Bench of Justice TV Nalawade and Justice MG Sewlikar of Bombay High Court is “historic” and a big slap on the face of lapdog media, communal forces and political executive of the country who used the Tablighi congregation issue as a tool to spread hatred against the community.  The bench has rightly said foreign Tablighis were made “scapegoats” while quashing the FIRs against them.

Jamiat Ulama-i-Hind led by its General Secretary Maualna Mahmood Madani said the Bombay High Court‘s verdict on Tablighi Jamaat is  a lesson for  a government which disregards  national interests and indulges in communal politics.

“The verdict is a clear mirror in which central and state governments could see their stained faces and it has also defeated nefarious designs of the communal forces and brought justice to the innocent victims, “he added.

While demanding withdrawal of all cases against Tabilighi members across the country, Maulana Madani said  the government should repent about this action taken against the foreigners and take some positive steps to repair the damage done by this act.

The UP Government under the BJP must take a lesson from this judgment as it has treated Tablighi foreign members very badly and even now many of them are still languishing in Allahabad’s Naini Jail , he said.

Smell of malice” in action

Before quashing the FIRs, Justice Nalawade noted, “This action indirectly gave warning to Indian Muslims that action in any form and for anything can be taken against Muslims. It was indicated that even for keeping contact with Muslims of other countries, action will be taken against them. Thus, there is smell of malice to the action taken against these foreigners and Muslim for their alleged activities. The circumstances like malice are important considerations when relief is claimed from quashing of F.I.R. and the case itself.”

It is worth mentioning that the Bench while referring to the old Indian saying ‘Atithi Devo Bhava’ meaning ‘Our Guest Is Our God’, sought to know from the government whether we are really acting as per our great tradition and culture. During the situation created by covid-19 pandemic, we need to show more tolerance and we need to be more sensitive towards our guests particularly like the present petitioners. The allegations made show that instead of helping them we lodged them in jails by making allegations that they are responsible for violation of travel documents, they are responsible for spreading of virus etc.”

The hate-mongering lobby, with the patronage of authorities, achieved their goal and managed successfully to lynch and accuse Muslims.

Maulana Arshad Madani, President of Jamiat Ulama-i-Hind (A), said the verdict has vindicated Jamiat’s stand regarding the bias-attitude of administration and media’s negative propaganda towards Tablighi Jamaat.

Referring to Tablighi congregation at the Markaz Nizamuddin, Maulana Madani said a section of the media deliberately conspired to defame Muslims under the pretext of Coronavirus, and spread hatred  against them.

If the government has any ethical values left, it should compensate the innocent victims, he said.

Popular Front of India, Chairman O M A Salam said “At time when independence of Indian judiciary has come under serious question, judgment such these are fresh air of hope”.

It upholds uncompromising commitment to justice, truth and equality before law, the foundational values Indian constitution has been built upon, he added.

As the Bench rightly pointed out, the entire Muslims community found themselves in a situation that anything and everything that goes wrong in the country is their fault. Only this time they were alienated and demonized in the country as ‘disease spreaders’.

He said observations of the bench are a blow to communal politics which damaged India’s image internationally.

“The judgment also underlined the role played by a section of media which undoubtedly created fear, suspicion, and xenophobia. The hate thus manufactured even provoked mobs to attack innocents. Across India innocent Muslim passers-by and street vendors were targeted”. He said the judgment will help restore their faith in justice.

The Social Democratic Party of India (SDPI) has welcomed the judgment saying it was a big slap on the hate-peddlers who should bow their head in shame.

Party, general secretary, Mohammed Shafi said “The Islamophobic central government, remote-controlled by the RSS was exploiting the helplessness of these foreign visitors to vilify Muslims who were accused of spreading  Covid19 in the country.”

“The pro-Modi, pro-RSS media has since taken over the duty of spreading false news and maligning a community to serve their vicious agenda,” he added and asking the government to end discrimination and to treat citizens all equally as envisaged in the Constitution of India.

All India Milli Council said the bench aptly observed ‘that a political political government tries to find the scapegoat when there is pandemic or calamity and the circumstances show that there is probability that these foreigners were chosen to make them scapegoats”.

Council general secretary, Dr Manzoor Alam said in the light of this judgment, the government should take corrective actions in order to salvage its image. He said the authorities failed to realize the adverse impact of their action on  these foreign tablighi members who were supposed to be  the ambassadors of India. Now what a bad experience and feeling about our country they would take along with them when they return to their respective countries, he said.

Even the 58-page judgment noted this aspect that “The record of this matter and the submissions made show that action of central government was taken mainly against Muslim persons who had come to Markaz Delhi for Tablighi Jamaat. Similar action was not taken against other foreigners belonging to other religions.”