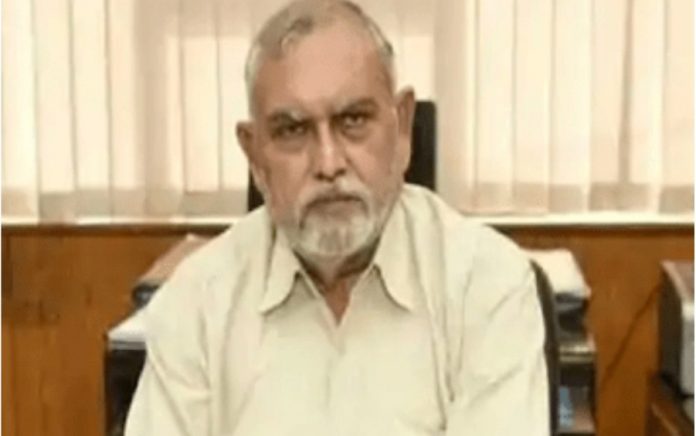 We are publishing here Dr Zafarul Islam Khan’s rebuttal to the Muslim Mirror report published on 13th of October with headline, “Cracks in the AIMMM, internal bickering taking ugly turn.” Since Mr Khan raised objection to some of the points made in the write-up, we hereby clarify to our readers that the story is based on the letters exchanged between several members of the All India Muslim Majlis-e-Mushawarat. Further, the writer also talked to Mr Khan and Mr Navaid Hamid giving them equal space. So calling the report “misleading and one-sided” is a bit unfair on the part of story which was carried out in the interest of the Muslim community. Last, the writer has got access to the letters exchanged between different members, including the one written by Supreme Guidance Council chairman Jalaluddin Umri on the AIMMM’s letterhead which Mr Khan said was written “in his personal capacity”.

A report published in Muslim Mirror on AIMMM is highly misleading and one-sided. It claims that there is an “internal bickering”, that the dispute is “between two persons”. This is utterly wide of the mark.  I am writing this rejoinder reluctantly only because my silence will be interpreted by some that the claims made by this report and elsewhere recently are correct.

This dispute from the very beginning has been about the authoritarian and unconstitutional decisions and functioning of the current President of AIMMM whose term ended two years ago but he still is staying put clutching a letter from the President of the Supreme Guidance Council (SGC), the same forum whose decision he had refused to accept if it goes against him and refused to attend its meeting, as will be shown below.

The said report says that [to claim that] Mr Navaid Hamid is “illegally holding” the position is an “allegation which holds little merit” in the face of the Supreme Guidance Council (SGC) of the apex Muslim forum validating continuance of the incumbent president. The fact is that the said letter was issued by the head of SGC in his personal capacity since no meeting of the forum was held. Moreover, the said letter was issued after Mr Navaid Hamid himself had said that its role in the matter has ended. A personal opinion, with due respect to Maulana saheb, is not the opinion of SGC which never met for the purpose.

The said report further says, “The SGC, which oversees and guides the 57-year-old umbrella body of several community organisations, has made an appeal to all the members to abide by the principles”. This only shows the fragility of the said letter and makes it clear that the Maulana saheb realizes his tenuous position and only makes an “appeal” which, again, is his personal opinion.

The said report quotes Mr Navaid Hamid as claiming “four-five signatories of the letter, released by Khan, have been expelled from the organization years ago.” Who are these expelled members? He has expelled only Mr Anees Durrani which is highly questionable and condemnable because the latter was not given any chargesheet or ever asked to clarify his position. Hence his “expulsion” has no merit in law. In any case, it is debatable if the Majlis Amla of AIMMM is authorized to expel a Member because the concerned clause in Mushawarat’s Dastoor says that the decision of expulsion has to be ratified by the higher authority which, in this case, is the general body which has never met during the last two years.

Mr Hamid has not convened a general body meeting during the last two years and he gives the lame excuse of Covid lockdown but this same lockdown did not stop him from convening meetings in the AIMMM office, including the Majlis Amla, during the same period.

Mr Navaid Hamid is further quoted in the said report as saying: “Since beginning, I found my path strewn with thorns. I had double tasks: setting the house in order and streamlining the Mushawarat.” These are crocodile tears. The fact is that AIMMM was working extremely smoothly and its working was very much streamlined under Marhoom Syed Shahabudin and my tenures. It is Mr Navaid Hamid who vitiated the atmosphere by his partisan politics, unilateral and unconstitutional decisions, some of which led to the court case filed by a person who once was his close friend and confidant.

The said report further claims that “People closely observing the disturbing situation are not inclined to believe that the “adamant” Khan would pay heed to the SGC advice.” Wrong. The fact is different. Did I not tell Maulana Umri saheb in the last SGC meeting held on 5 December 2019 in the presence of Mr Navaid Hamid that I am ready to accept any decision of the members present in that meeting viz., Maulana Umri Saheb, Maulana Nizamuddin Islahi saheb and Maulana Asghar Imam Salafi saheb?  As per the minutes of this meeting distributed by the AIMMM Secretary General Mujtaba Farooq, Mr Navaid Hamid said at this that he will accept the SGC decision “only if it is according to the Constitution; otherwise he will fight it in court.” (minutes written by AIMMM Secretary General Mujtaba Farooq and sent by him on 6-1-2020). So decide who is adamant and who is ready to accept a majority decision but it must not be a personal letter of the President of the SGC.

Let me make it clear: I have taken interest in this matter for two reasons, (a) my own disillusion at seeing an organization, I nurtured to dizzying heights, being destroyed by one man and his coterie; (b) Marhoom Syed Shahabuddin’s repeated wasiyyat to me before his death to rid Mushawarat of this man who was destroying it. He was so disgusted that he resigned from Mushawarat before his death protesting at Mr Navaid Hamid’s ruinous politics. Mr Hamid has kept this letter secret to this day. I am releasing it today for all to see how Mushawarat’s great leader felt about this person and left the organization in disgust.

Is there any exaggeration if it is said that AIMMM is defunct today, rather it became defunct the day Mr Navaid Hamid became its president by heavy lobbying which was against the norms and ethics of AIMMM until then. I was elected president of AIMMM three times without ever asking even a single member to vote for me.

I must add here that an impression is being created that I am after the post of the President of Mushawarat. I have made it clear umpteen times and do it here once again: Thank you, I am not interested. I was elected President of AIMMM three times and was made working president by Syed Shahabuddin saheb twice, for one year each. That was enough. I have many other things to do. Let others play their role to bring this once leading organisation of the Millat back on its tracks. It remains stuck, unable to play any role during a very crucial period of our history and the sole hurdle is the Himalayan ego of just one person who is not suited to lead any organisation. He is an undertaker of organisations. He killed MOEMIN which under him has held no meeting during the last two decades (I was its General Secretary before he took over). He killed South Asian Council For Minorities which has held no meeting to my knowledge (I am a member of its executive) after the death of Nirmala Deshpande in May 2008. Should I say more?

The author is a former President of AIMMM