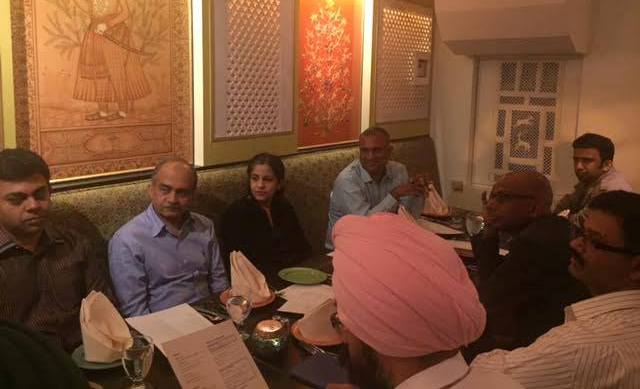 Washington : India’s very distinguished and senior lawyer, founder of Aaam Aadmi Party, Swaraj Abhiyan and the India Against Corruption movement, Mr Prashant Bhushan is on a visit to US. After visiting New York and addressing a seminar at Princeton University last week, Mr Bhushan visited Washington DC on . In the upcoming weeks he will be travelling to Chicago and San Francisco where he will address public meetings on the political situation in India.

In the last 30 years Mr Bhushan has risen fast as one of India’s top lawyers who is often called upon to clarify and define complex legal points related to the constitution of India. He is the son of the distinguished lawyer Mr Shanti Bhushan who was the Law Minister of India in Prime Minister Indira Gandhi’s cabinet.

In the very corrupt and very complicated Indian political system Mr Prashant Bhushan has launched the very courageous project to cleanse the Indian polity of the dirt of corruption and crony politics and has earned the respect of millions of Indians. 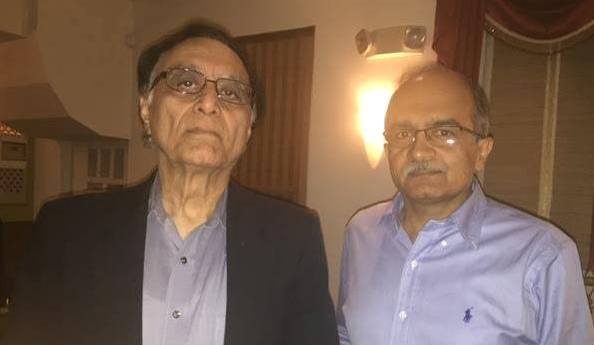 A few Indian-Americans hosted him for dinner on May 23 in Washington DC. Some of the major points he made in response to questions were:

1. Swaraj Abhiyan needs about one more year to organize itself, set up a network and place a system in place to participate in electoral politics. After the crisis and debacle of Aam Aadmi Party the Abhiyan is receivig lots of demands to participate in electoral politics. But the Abhiyan first wants to complete building its structure to prevent the AAP type of problems in future.

2. A very large number of good and principled individuals who had joined AAP about 2 years ago have left it. Many of them have become politically inactive and are waiting for an alternative to AAP to see how the Abhiyan comes up and becomes an acceptable political forum. Many of them are expected to become active in Abhiyan as it gets going in electoral politics.

3. Unfortunately AAP has become a one man party of Kejriwal who does not respect any rules, regulations or principles and who continually changes his positions and postures depending on where he can get maximum benefit for himself. AAP is riven with crony politics and many of its MLAs and leaders are very corrupt. AAP is willing to make deals with all political parties whether BJP or Congress or any other party.

4. The Akali Dal govt in Punjab is riven with intense corruption. The people of Punjab are desperate to change their govt but the options of Congress, BJP, AAP govt are not good options. Intense infighting in the Punjab unit of AAP is causing serious problems for it.

5. The AAP Delhi govt should focus on healthcare, education and public services for which it has enough resources to improve the lives of citizens in Delhi. Instead it is focusing largely on publicity for its very small level achievements.