During the broadcast of the ban news on Friday, the channel inadvertently carried the pictures of Maulana Syed Jalaluddin Umri, the President of Jamaat-e-Islami Hind who is also Vice President of All India Muslim Personal Law Board, and described him as “commander-in-chief” 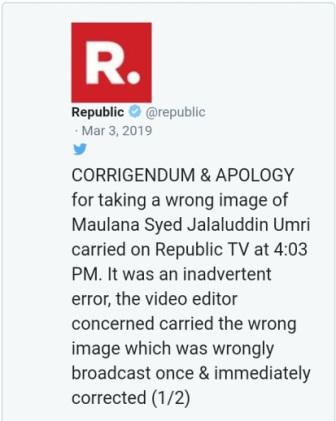 Soon the Channel realised its mistake to use Maulana Umri’s  photo only after worldwide criticism  and has tendered its unconditional apology for the lapse on the part of the video editor concerned terming it as ‘Advertent error.’

The channel has immediately made the correction,” said the channel in a corrigendum and apology posted on its official Twitter handle around 10 PM on Sunday. 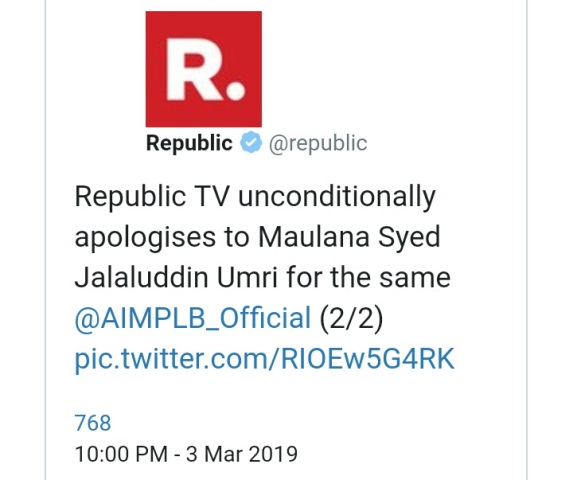 Kashmir’s Jamaat-e-Islami is a socio-religious political organisation active in Jammu and Kashmir. The Kashmir branch broke away from Jamaat-e-Islami Hind and was founded in 1953.

Sunday evening, All India Muslim Personal Law Board had also issued a statement strongly condemning the TV channel and sought apology from it.

After corrigendum and apology Republic TV has also taken down its video related to Maulana Umari from Youtube.