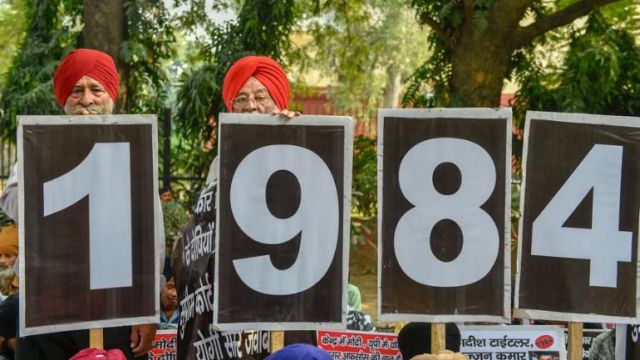 Lucknow : The Uttar Pradesh government has constituted a four-member Special Investigation Team (SIT) to probe the 1984 Sikh riots in Kanpur, in the aftermath of then Prime Minister Indira Gandhi’s assassination, an official said on Wednesday.

The SIT headed by former Director General of Police (DGP) Atul has been tasked with “threadbare investigation” of cases in which the accused have been let off after the initial probe and a final report has been filed by the police, according to informed sources.

Constituted on the directives of the Supreme Court, the SIT will submit its report to the state government in six months.

Based on a petition filed by Manjeet Singh and others the apex court has asked the state government to form the SIT.

Kanpur police chief will be the member secretary.

An official told IANS that the SIT will look into the heinous crimes committed during that period first and if need be will investigate it further under the section 173 (8) of the CrPC.

Many Sikhs were brutally butchered on roads during the 1984 riots and several cases were filed in Nazirabad and Bajaria and other police stations, an official said.