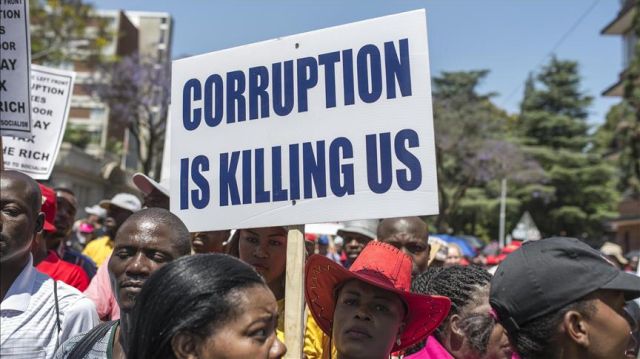 Johannesburg: The prime minister of South Africa’s North West Province resigned on Wednesday over corruption allegations, which led to recent violent protests against his administration.

“As I embark on early retirement from the position of Premier in the province, I hope that we will intensify the fight against greed crime & corruption,” he said.

Mahumapelo was a close ally of former President Jacob Zuma. He supported Nkosazana Dlamini-Zuma as his preferred candidate for the ANC Presidency against Cyril Ramphosa, the current president, in the 2017 December elections.

Analysts believe members of Ramaphosa’s group are trying to get rid of those who did not support them in the election.

Last month, residents of Mahikeng capital of the North West province went on protests for several weeks calling for the resignation of Mahumapelo. They accused his administration of poor service delivery, corruption and lack of free housing.

Several businesses and vehicles were set on fire.

The national government intervened by directly running the affairs of some departments in the province.

Mahumapelo is alleged to have been friends with the controversial wealthy Gupta family which got many government contracts during former President Jacob Zuma term in office.