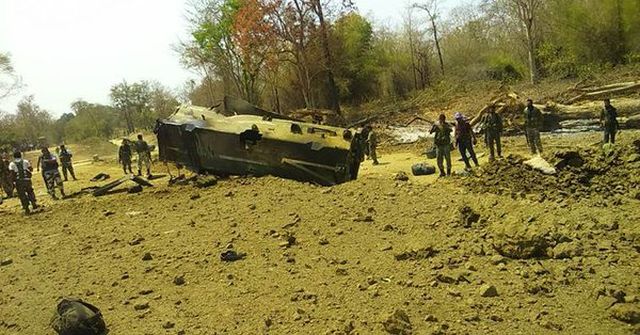 Raipur/Sukma : Seven Maoists were arrested in Chhattisgarh’s Sukma district on Sunday in connection with the blast targetting an anti-landmine vehicle of the CRPF earlier this month that left nine troopers dead, a senior police official said.

According to Deputy Inspector General of Police, Bastar, P. Sundarraj rpt Sundarraj, the insurgents were arrested in a sweep operation launched by the STF, CRPF and Cobra Battalion on Saturday.

The accused were identified as Komram Sade, Madkam Joga, Madkam Hindwa, Mandvi Sukka, Madkam Ganga, Vanjam Aayta and Vanjam Singha, all members of the ‘Jan Militia’ and residents of Kistram in Sukma, he said, adding that security personnel were convinced they were responsible for the March 13 blast in Pallodi area of Kistram.

Their interrogation is on, Sundarraj said.