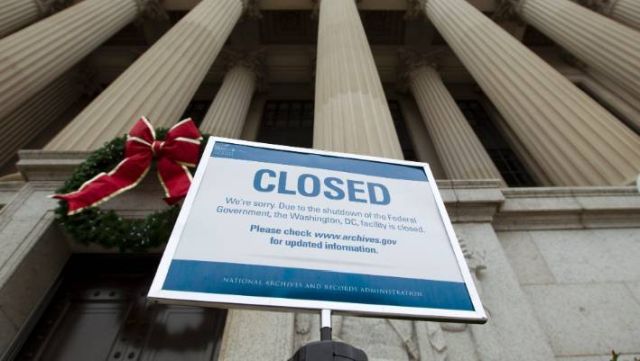 Washington : Convicted murderers, gang members and terrorists in the US were served a steak supper over the holidays by disgruntled prison guards who were forced to work without pay amid the partial government shutdown.

Prisoners at a federal institution in Minnesota munched on plates of chicken wings, NBC News reported on Sunday. The menu included steak and shrimp at Federal Correctional Institution Pekin in Illinois. Cornish hen and Boston cream pie were served at the Metropolitan Detention Centre in Brooklyn.

During the government shutdown, which is headed into its third week, more than 90 per cent of agency guards and other staff were pressed into mandatory duty. Around 800,000 federal workers have been without pay since December 22.

“You’re giving a gift to somebody who committed a crime, but yet you won’t pay the people who are supervising them?” said Sandy Parr, a food service foreman at Federal Medical Centre in Rochester, Minnesota. “It’s frustrating and maddening.”

In addition to working without pay, many of the prison staffers, including correctional officers, were ordered to cut vacations short or face a loss in wages and possible administrative punishment, including suspensions, the report said.

“This is like kicking someone when they are down,” Joe Rojas, President of The American Federation of Government Employees (AFGE) Local 506 at the Federal Correctional Complex in Coleman, Florida, wrote in a recent letter to the Bureau of Prisons.

“They (inmates) are getting a lavish meal and we are working the holidays away from our families wondering if we can pay the rent or make it home,” said Rojas.

However, the Bureau of Prisons said in a statement that holiday meals were “planned weeks in advance, including as happened here in advance of the government shutdown.”

The special dinners were served on the holidays to “promote morale for the inmate population because they are separated from their families,” the statement added.

Eric Young, AFGE’s national president of prison locals, said it was “despicable” for the federal government to serve up choice meals to inmates while forcing staffers to forgo their pay and vacations.

President Donald Trump, who has demanded $5.6 billion to help pay for a disputed border wall with Mexico, said that the impasse could last for months, or even years, if a deal wasn’t reached on financing for the wall.