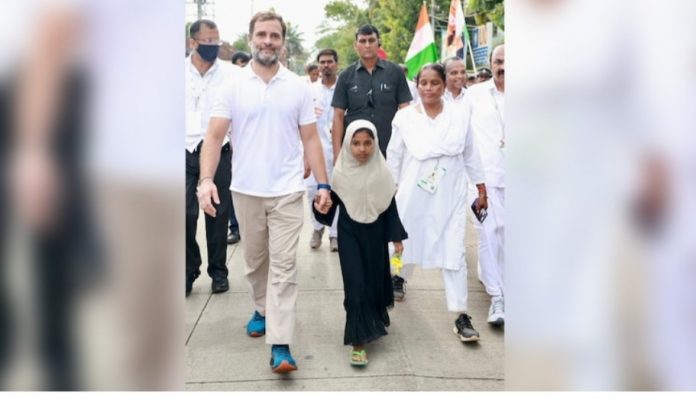 Sudheendra Kulkarni, ex-aide of former Prime Minister Atal Bihari Vajpayee, in his piece (‘Reach out for Bharat Jodo’, IE, September 12,) while welcoming the Yatra, is critical of the yatra for it not being based on Hindu Spiritualism. As per him Hindu Spiritualism is the basis of India’s unity. He also commends RSS for popularizing the same.

He harps that Swami Vivekanand’s main understanding for ‘Bharat Jodo’ was spiritualism, and its mainstay was Hinduism. Kulkarni forgets that the mainstay of Vivekanand’s India was, ‘India has Islamic body and Vedantic Mind’. That mother India is based on ‘diversity of religions’ was inherent in his formulation. Vivekanand’s central passion of ending of the caste system and eradication of poverty (His concept of Daridranayan) is missing from Kulkarni’s narrative.

Kulkarni is totally off the mark when he says that RSS pracharaks and Swayamsevaks have done enormous work to honour and popularize the cultural and spiritual sources of India’s unity and renaissance than Congress leaders. We need to introspect what is the cultural and spiritual sources of India. RSS has been harping on Islam and Christianity being foreign religions. This is in contrast to what Gandhi, the tallest embodiment of Indian spiritualism, had to say. Gandhi’s understanding of foundations of India’s heritage and culture are outlined in this quote, “In India, for whose fashioning I have worked all my life, every man enjoys equality of status, whatever his religion is. The state is bound to be wholly secular”, and, “religion is not the test of nationality but is a personal matter between man and God”, and,” religion is a personal affair of each individual, it must not be mixed up with politics or national affairs” (Harijan August 31, 1947), and “Apart from Christianity and Judaism, Hinduism and its offshoots, Islam and Zoroastrianism are living faiths” (of India) (Gandhi’s collected works, Volume XLVI p. 27-28.

The RSS vision of India is totally exclusionary at all the levels in contrast to the visions of Vivekananda and Gandhi, the narratives which majority of Indians uphold. As far as Indian renaissance was concerned it ran parallel to freedom movement and beginning from Jotirao Phule, Savitribai Phule to Ambedkar, social reform process was ushered in. Gandhi’s Yatras from 1933 against untrouchability were the major component of this process of Indian renaissance. During this crucial period of Indian renaissance; RSS and its workers were singing praises of the ‘golden past’ when Manusmriti was the law, and precisely for this reason they opposed the Indian constitution for long time.

One concedes Kulkarni’s point that Congress has committed many mistakes in following the path of Indian Constitution and secular values which emerged during freedom movement. Still to say that it ignored the interests of Hindus is travesty of truth. Industrialization, irrigation, promotion of education-research institutions were the core on which people of all communities, Hindus included, progressed. What Kulkarni seems to be hinting with ‘ignoring interests of Hindus’ is probably related to Congress not taking up the issue of Ram temple or Holy cow or Love jihad, which are presented as central concerns of Hindus by the RSS and its fellow travellers. It is these issues which are fracturing the ‘fraternity’ which was so painstakingly built by freedom movement.

Our Constitution, the representative document drafted by people of all religions was the best expression of secular policies which developed here. It did not single out the spiritualism of religion x or y to be the basis of India’s secularism.

Within Congress itself the stalwarts like Maulana Azad, Khan Abdul Gaffar Khan and horde of tall Muslim leaders stood to oppose the politics of Muslim League and demand of partition. Incidentally the role of ‘British policy of divide and rule’ in ‘Bharat Todo’ (Partition of India) operation was the central factor in the painful partition of the country. Gandhi and Maulana Azad stood tall to oppose the Hindu separatism (we are a Hindu nation) of Hindu Mahasabha, RSS and, Muslim separatism of Muslim league.

Kulkarni is on the dot when he says that we face a threat from ‘one man autocratic rule’. He needs to be reminded that whenever the sectarian nationalism, the one being promoted by RSS; takes over, autocracy follows.

As far as reforms among Muslims are concerned; again Kulkarni has a point. As Hindus should be taking to Hindu Code Bill in its original form, the other communities also should follow. In situations where minorities are the major victims of violence and are being discriminated against, reform becomes difficult. Anyway we need to think as to how to promote reforms among Muslims in the backdrop of the cases where the rapists and murderers of Muslims (Bilkis Bano) are garlanded and treated with sweets!

Just mouthing Hindu spiritualism, Kulkarni’s key to Indian Secularism, will not promote fraternity. In contrast the ‘Unity in diversity’, the foundation of Indian freedom movement so beautifully put by Nehru, ‘Ganga Jamuna Tahjeeb’ (culture) is what will unite us, the teachings of likes of Kabir and Nizamuddin Auliya will bind us solidly and the likes of Gandhi and Maulana Azad need to be guiding our attempts for Bharat Jodo!