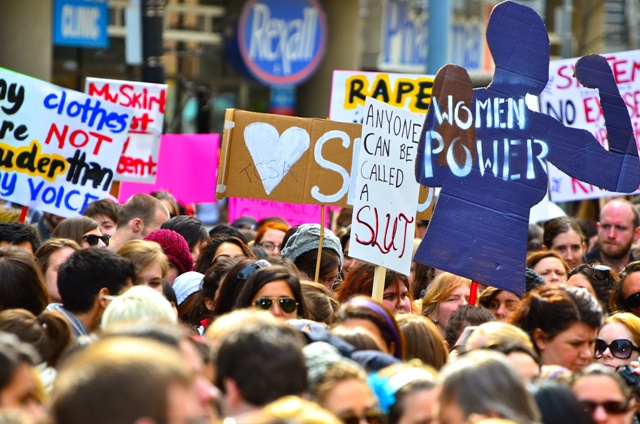 Among the deserts of Arab, thousands of years ago daughters were buried. Hundreds of years ago, women were beaten up brutally behind the curtains of male dominant society in domestic life. In ancient Roman and Greece, women were subjected to slavery. Theywere accused of witchcraft, branded as witches or instigator of calamities that befall their community and village.  In Africa, Female Genital Mutilation manifested the brutalities. In our own nation, widow burning (Sati Pratha), child marriages, social boycott of widows (worst in the case of Dalit widows), dowry death, female infanticide, prostitution, Devadasisystem was accepted as a norm. Have these inhuman practices come to an end? Nobody has a clear cut answer to answer to these questions. These things might have ended on records but are still practised in the name of traditions with glory.

Among the above stated evils, few of them are still practised in India.

Though the ‘Sati Pratha’ has abolished completely but it would not be an exaggeration to say that till date widows are treated as untouchables. They dwell in the outskirts of their locality in rural India, outcaste by their community and are forced to exist in destitution. These are the women who could not be forced to end their lives in the pyres of their husband’s funeral. With their heads shaven, and forced to wear only red and white Saari, they are fed by a single meal in a day. But alas, these hapless women are forced to die whilst they are alive. They cease to exist for the society. Where is feminism?

The horrific tradition of female circumcision is existent not only in African region, middle east and north America but also in the west part of India. Carried out by a few practitioners (mostly belonging to the Bohra community). Performed without proper medical supervision, instruments and by untrainedwomen is damaging to a girl’s body by interfering with her natural functions as well as to her psyche. Where is feminism?

Ours is a country where girls, considered to be a liability, are married off as early five. Apart from early childhood marriages, this institution of marriage has befallen women like a nightmare. Another violence in this row is dowry death. Thousands of deaths occur nationwide. Brides are either burnt or beaten to death or are subjected to other forms of violence for not paying dowry. Where is feminism?

The women in the country still need to fight- to achieve their inheritance rights, to lift the prohibition of remarriages, against domestic violence, against inhuman treatment of widows and against the social stigma attached with menstruating women. The social unacceptability of menstruating women is another issue. In some parts of our country, as soon as the girl starts menstruating, she is discarded off as some useless thing. Rather seeing it as a natural process, people consider it a form of illness. Their beds are separated, they are not allowed to touch the belonging of others and be around them while she is on her periods. To eradicate this isolation of women at this juncture come a question- where is feminism?

When thousands of women are forced into prostitution and hence deprived of the happiness of married life, children and family, when girls are stooped from getting education and not allowed to work… action is needed.

Feminism, as a movement which started as a crusader for women’s rights and equality seems to be going off the shore. Feminism should not only be restricted to carrying out placards in slut walks and sticking sanitary napkins on walls (pads against sexism). Or waging war to gain access in temples and shrines. This should not be interpreted as that the mentioned things aren’t necessary. They are, but our priority as of now something different. First, we need to work upon the challenges women are facing on ground zero. The need of hour is to provide them relief, to rescue them from societal shackles towards humanity. A life which would guarantee them respect, peace and equality. This write up began with citing (some of the) atrocities committed upon women since time immemorial. We can say from the time when man had no knowledge of self and the society. But now, times have changed alongwith the living conditions. It would be shameful if we continue to live in a social set up were half of the population is being meted savage treatment.

Indian Muslim Women: Pawns in a battle between saffron and green