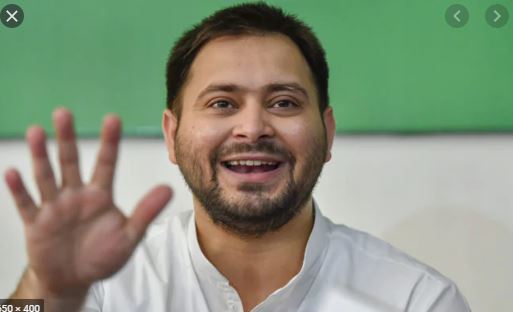 The day, since the West Bengal polls ended, the Union Home Minister is totally invisible! BJP despite its most robust campaign, peppered with heavy communalism, could not even smell victory, as TMC under Mamta Banerjee romped with her third time tenure in a row.  It did not come late, to political pundits, that had Election Commission not played to the gallery of BJP, as it did in Bihar lately, BJP was not to cross even the 20 figure in WB.

The proverbial ‘Khela’ after the results of WB and also the release of RJD Lalu Prasad Yadav, after a long confinement to jail from Ranchi, is now definitely to make a kick-start in Bihar too, where NDA could win by a wafer-thin margin against RJD coalition (125 V’s 110) seats out of 243 seats in 2020.  The EC made it sure that NDA cruises to victory despite the anti-incumbency against Nitish Kumar. It did not come as a surprise that 21 seats won by NDA were by an extremely slim margin. One RJD candidate lost by a margin of just 12 votes!  All the RJD protests fell on deaf ears.

The rug from below the feet of NDA government in Bihar is now getting unsettled as just after the WB results, the rumblings have started as RJD leader Mritunjay Tiwari confirmed that some disgruntled JD (U) legislators inside NDA government were in contact with RJD. This was bound to become as Upendra Kushwaha, the JD(U) parliamentary board chairman had already congratulated Mamta Banerjee with his ‘chakarvyuh’ remark, which set the trigger for unbolting a possibly new scenario in Bihar. BJP spokesperson Manoj Sharma expressed that the ‘charkravyuh’ remark did not go well inside BJP echelons. JD (U) and BJP are running the government under CM Nitish Kumar.

Ever since the formation government in Bihar, where BJP has a much larger tally than JD(U), it has accused Nitish Kumar of running the government ‘his own way’. The Deputy CM of BJP Tarkishore Prasad had also expressed that not everything is well with Nitish Kumar as BJP influence in ‘no-where’ found in the government. One senior JD (U) leader Shyam Bahadur Singh, at this juncture,  also questioned the survival of this coalition government? The wide war of words between BJP president Sanjay Jaiswal and Upendra Kushwaha is already on the anvil. It may be only a matter of time when a slugfest may ensue soon.  Sanjay Jaiswal had opposed Nitish to implement the night-curfew which upended Kushwaha to ask Jaiswal not to engage in politics. BJP accused Kushwaha of having ‘abdominal torsion’ which prompted senior leaders like Lallan Singh and Sanjay Jha to come in support of Kushwaha. How BJP at the centre has been handling the Covid-19 pandemic which cannot of course be worse imagined!

The side effects of WB results were bound to cast tremors as JR Manji, his party Hindustani Awam Morcha, a constituent in Bihar government, complimented Mamta Banerje too. His party spokesperson Danish Rizwan said that Mamta Banerjee magic is all writ large on Bengal politics and that BJP top leadership was caught on the wrong-foot for engaging into non-civilized rhetoric (oblique reference to Oh Didi Oh Didi remark by Narandra Modi) which made BJP pay for it. BJP spokesperson Azfar Shamsi retorted that BJP strike-rate has been the the best in WB. This counter-rhetoric from both the camps is a proof-enough that chinks in the coalition are soon to gain in size and this wedge is more visible after the WB results where BJP partners are now openly targeting its central-leadership. The couple of coming months may find a turn-around in Bihar politics particularly now when Lalu Yadav is also outside. He has already started to engage in ‘virtual-meeting’ with his party legislators due to Corona restrictions.  It is a well known fact that the last 40 years in Bihar politics have been under the shadow spell of Lalu.

The latest to add more fuel to fire was the unearthing of brand new 45 ambulances from inside the office Saran BJP MP RP Rudi, gathering dust, as the nation as well as Bihar has been ravaged by the Corona-Virus deaths! The ambulances were bought under MPLAD funds and it is a wide spread truth that thousands of Corona-victims could not even afford an ambulance and were to be carried on rickshaws and cycles. The raid was conducted by Ex. MP Rajesh Ranjan alias Pappu Yadav who sought a reply from BJP. Nitish was silent for what he could be but instead got Pappu Yadav arrested for flouting the lockdown norms. Had the ambulances got recovered from any other (read Muslim, SC, OBC non-BJP leader) office BJP sponsored mainstream media was to have blown everything over it.

The public anger over the treatment meted to Pappu Yadav is now gaining momentum and political analysts have paralleled it with the popular JP movement of 1977. The chorus for his release is growing.  Sitting ministers in Bihar i.e. Santosh Suman, Mukesh Sahni etc have voiced their concern but ironically RJD leadership has been conspicuous by its silence for the dread that Pappu Yadav may not turn out to be a hero. Pappu Yadav runs Jan Adhikar Party. It is here where opposition is expected to iron-out the differences.

In fact the standard should have been that Pappu Yadav was to be arrested only after a judicial probe but BJP is known for its vengeance.  Rudi has replied that ambulances were stranded due to unavailability of drivers, whereas, the fact is that Saran district has India’s biggest transport driver’s training center! On the other side there should have been a probe ordered to find out if drivers (of the stranded ambulances) were getting their salaries paid and petrol expenditures also paid-on-papers! The stench of corruption has to go as low as it gets.

Meanwhile, in WB no sooner Mamta Banerjee strode to victory, there were murmurings by psephologists and analysts that many erstwhile TMC deserters (towards BJP) were lobbying it hard to get reabsorbed in TMC.  One of prime reason for BJP drubbing was also the import of TMC members on the eve of polls. BJP in order to glamorize contain it flock has decided to provide central-security cover to all its 77 winners. BJP Jagannath Sarkar and Nishith Pramanik have resigned from their MLA’s post as they are MPs too.  They were lured for CM post but now readily have deserted people who voted for them.

BJP has ruined India’s image internationally. Its governments have shown terrible morbidity in context to Corona deaths. In Gujarat in the last 71 days, 1.23 lac people died and officials say only 4218 deaths due to corona.  In Uttrakhand BJP CM has accorded Corona Virus as a living being which has the right to live. Ironically, in UT there is a 1800% spike in Corona positive cases due to organizing Kumbh. The massive mishandling of Corona pandemic by BJP has started to put the toll for BJP. The rise of a non-BJP government in WB, no wonder may soon find a consonance in Bihar as well as in UP-2021, where SP has made striding results in local bodies elections far ahead of BJP.

The writing on the wall has started.  What started from WB may also ring a bell of change at center in 2024 too.