An increasing anxiety can be sensed among all stakeholders appertained to the Ayodhya issue with the approaching D-day some time before 17th November. A long drawn controversy regarding the birthplace of Rama may or may not be completely settled when the five judges’ bench of the Supreme Court, led by the retiring Chief Justice of India, Justice Ranjan Gogoi, writes a judgment having a lasting and far reaching impact on the secular ideals of the country. However, it is likely to be historic in its fallout.

Some fringe Muslim groups, not party to the legal trial, are demanding magnanimity from the Muslim community to donate the land of Babri Masjid for the construction of a temple of Rama if the court gives the disputed land, partly of fully, for the reconstruction of a mosque there. The Sunni Waqf Board, managed under the administrative powers of the Government of Uttar Pradesh, has already submitted its consent with certain conditions for exchange of the would-be awarded land. Though a general glumness prevails among Muslims and their leadership regarding the outcome of the judgment, the proactive stance of these fringe groups is promising that the court order may be somehow favorable to the Muslim litigants.

Statements of some most influential Hindu leaders seem positive, which appeal their rank and file to maintain peace and accept the judgment as it comes out. However, there are people who read between the lines and conclude that these statements are out of their hope that judgment will pave the way for an early construction of Rama Temple at the disputed site and they want a peaceful situation to undertake the project. The cancellation of all programs and activities by the RSS and its wings until the court order is declared in the case, speaks of an uneasiness that prevails there regarding the outcome of the court order.

However, it should not be forgotten here that since 1885 the dispute was originally between the local Muslims who used to frequent the Babri Masjid five times a day for prayers until they were prevented to do so in 1949 and the Akhada Parishad, which used to pray the so claimed ‘Janmasthan’ on a small platform in the courtyard of the mosque. It is strange that many national organizations have gradually entered into the dispute and has become champions of the ‘Hindu’ cause and VHP has turned to be the third contender in the issue through Devakinandan Aggarwal, a former judge of UP High Court, who joined the fray as a party to ‘defend’ the rights of Ramlala. Strangely, the Allahabad High Court has accepted a third party in its decision of 30 September 2010 and equally divided the land in a tripartite way. It will be interesting to see how the Supreme Court resolves on the inclusion of a non-existent party when the dispute actually broke out.

Basically, there are a few issues appertained to the Ayodhya issue. Firstly, is it the same Ayodhya as described in the Ramayana and Puranas? Secondly, whether Rama had ever born at the disputed site or even anywhere in the present Ayodhya? Thirdly, was there any kind of temple at the disputed site, which was demolished by a Mughal emperor to build a mosque there? Fourthly, who was that emperor, Babar or Aurangzeb? Fifthly, whether is it judicially possible to judge on the matter which had already been settled in 1886 judgment enjoying a mutual agreement of both the original parties of the dispute thereafter, i.e. the local Muslims and the Akhada Parishad? Sixthly, will the party which surreptitiously put idols in the mosque in 1949 will be rewarded through the judicial process? And lastly, will the court oblige those who violated its status quo order and demolished the mosque in 1992? May be these questions have no value seeing the political clout of one assumed party of the dispute. However, they certainly have worth on the anvil of justice.

Though the Supreme Court has generally focused on the matter of title of the disputed land and on the question whether an earlier existent temple was demolished to build a mosque there or not. Both at the Allahabad High Court and now at the Supreme Court, the defenders of Ramlala have failed to provide any acceptable evidence neither regarding existence of any ancient Ayodhya at the disputed place nor Rama’s historical relation with it. Without disputing to the epic faith of some sections that Rama was an incarnation and would have born in the Epic Ayodhya, it is still an enigma whether Ayodhya in Faizabad District should be taken as the Epic Ayodhya. The archeological, historical, geological, geographical and riverine evidences hardly provide any factual information to accept that assumption. No documentary or archeological evidence is available to prove that any temple was existent on the disputed land before construction of a mosque on it. Even the question who demolished that temple is yet to be answered with conclusive evidence, whether it was Babar or Aurangzeb or anyone else? There are more gray areas than bright spots to decide the matter. There are only circumstantial claims and wrongly interpreted relics and a stock of purposefully created British document in store on which no firm opinion is possible. In the wake, if any judicial endorsement comes out regarding the status of an ancient Ayodhya at the place in dispute, it is likely to harm the purpose of justice. Better option before the court is to focus on the land dispute since 1885 and its extension until now.

There is no doubt that the next few days are vital for the future of India as a secular nation and its constitutional values and rule of law, communal harmony and social peace at large. Accordingly, it may also cause impact on the economic development and general progress of the country. The judgment of the Supreme Court will be scrutinized by the national and international media and the legal luminaries across the globe and would be judged in the gloss of our claim to be the largest secular democracy in the world. 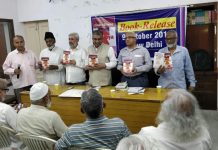 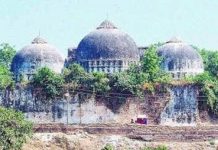 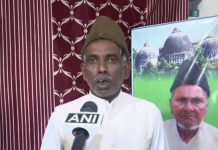 Will back ordinance on Ram temple: Muslim litigant in Ayodhya dispute