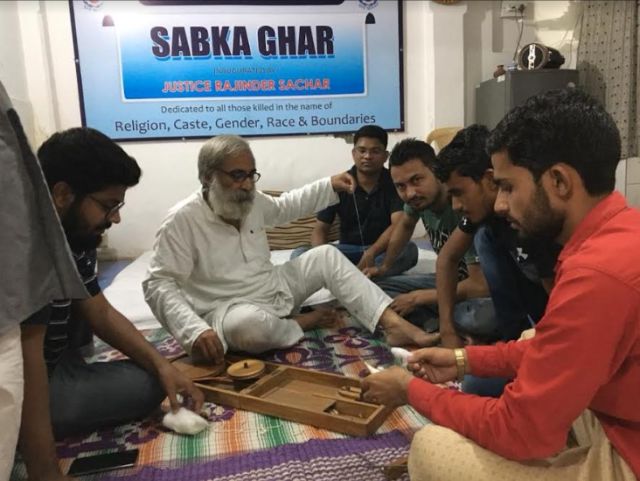 New Delhi: We will begin a Nation-wide campaign to counter the growing incidents of lynching. Said Dr. Sandeep Pandey. During the ending up of 3 Days fast observed by various Social Activists against Lynching, Hate and Religious Polarization. The fast ends at SABKA GHAR Delhi on 12th August. 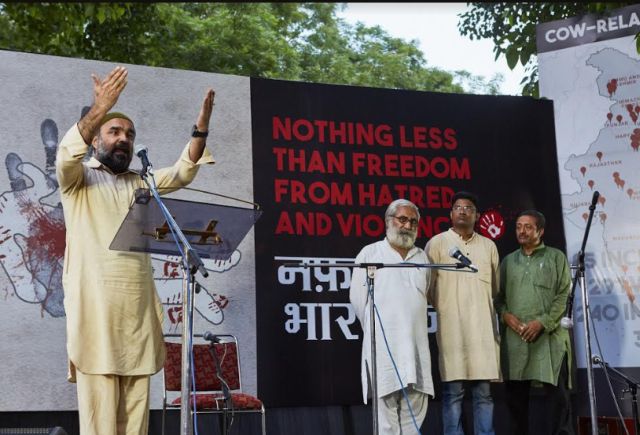 During the three days of continuous fast, various Activists, renowned Academicians, Lawyers, Representatives of Student, women groups , Youth Organisations and Religious Organisations participated to extend their solidarity and discussed the contemporary Socio-Political challenges in the society.

The aim of the fast to get the opinion, gather the solidarity and strength from the like-minded people, who wish to work, to overcome the uneasy conditions in the society. With the inspiration of Mahatma Gandhi’s action to counter social evil. This fast was observed in the same style as Gandhi Ji did, with the slogan of, “नफरत छोड़ो-करो या मरो” (leave Hatred – Do or Die). Gandhi Ji gave a warning call to the Britishers, during Colonial rule to end up slavery, violence and dictatorship. This fast is satyagrah in view of present scenario when hate speeches and violence are openly used as political tools. This fast also seen as a warning call to the promoters of hatred, violence and polarization. 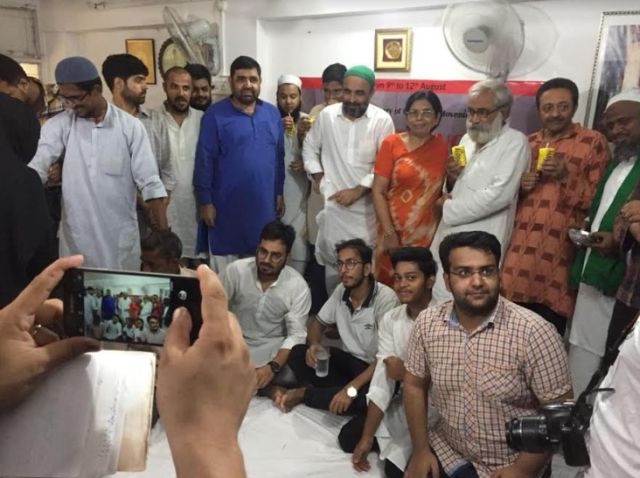 While ending up the fast at SABKA GHAR-Delhi, activists across India, Vijay Desh Pandey from Maharashtra, Emmaiyah from Telangana, Manish Gupta from Uttar Pradesh, Abdul Qadir from Puducherry, Sabha Diwan, Rahul Roy, Manimala,Partha Sen, Anil Nauriya, Tahseen Ahamed, Sushil Khanna from Delhi, Prakash, Tasleem from Haryana, Javed Chaupan from Jammu and Kashmir. Joined and presented their views to work for this cause in upcoming days so that to counter religious Polarization and hate.

Social Activist Dr. Sandeep Pandey, after ending his fast said, “ we will begin nation-wide campaign from Ayodhya, to counter polarization and hatred in the society. We will take an initiative of constructing “SARVA DHARM KENDRA” (A centre where all the religious people will gather to spread the message of peace, love and harmony). We will observe a fast for protecting humanity at Ayodhya, like wise, a yatra will be conducted to connect more people and to convince them not to indulge in such false religious propaganda against any human being which is promoted by political and extremist organisations. He further said, we are yet to face the general elections in 2019, the party in rule might promote much more violence and hatred by the name of religion to polarize the people, divide them, to create fear among the public to cultivate the vote. So, it is the serious need of countering all those strategies in upcoming days.”

Khudai Khidmatgar Convenor Faisal Khan said, “As Gandhi Ji utilised fast as his weapon to design certain strategies or important decisions to counter certain challenges in the society. We also done the same thing and we find out those ways. The fast gives us strength to face up the challenge in a constructive way and we will do that. Whenever Gandhi Ji decided to be in fast, he used someone’s house as the spot for fast, rather than any public place. Because, fast is the medium which helps us to think of self-realisation and to design a better future action, without the loss of any individual.”

Kripal Singh Mandloi NLC (Khudai Khidmatgar) said “During these days of hate, violence and lies we felt need of nonviolent intervention via Gandhian way of truth and unity .Its responsibility on every youth to stand for , protect and carry forward the legacy of our freedom fighters. Incidents of lynching and lawlessness with shameless silent support form politicians is likes undoing all those effort, resistance and dreams which unitedly stood during freedom struggle. It is encouraging fact that there are countless citizens who long for peace and unity”.

Dr. Manimala while ending up the fast said, “ Country is passing through a tense and fearful atmosphere, I was a part of Jayaprakash Narayanan Movement and faced the atrocities from officials however, There no fear from fellow citizens when we raised our voice against those atrocities, now the matter of freedom to speech, to express our opinion becomes fearful, due to raise in unsecure social atmosphere, the growing attack on Women, Minorities, Academicians, Writers and Students is the historical evidence against those extremists. It gives us the feeling of living in slavery and dictatorship, It should be end immediately and we will for that”.