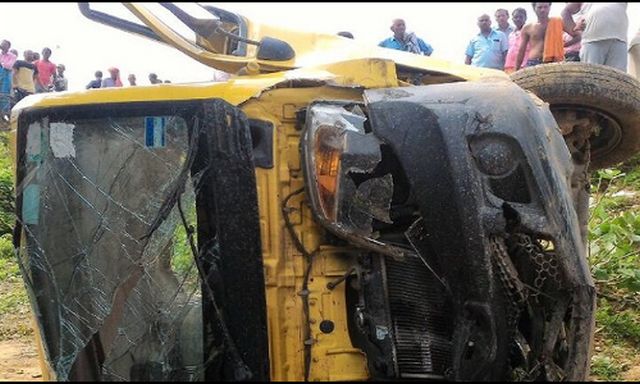 Lucknow : Seven students were killed and two others critically injured on Monday after they run over by a bus in Uttar Pradesh’s Kannauj district, police said.

The students of the Prabha Devi Bhagwati Prasad BTC degree college who were on a study tour from Sant Kabir Nagar to Haridwar.

The accident took place on the Agra-Lucknow Expressway when one of the buses broke down after it ran out of fuel following which the nine students came out and were strolling on the roadside, an official told IANS.

The injured were admitted to the Kannauj Medical College.

Chief Minister Yogi Adityanath has announced an ex gratia of Rs 2 lakh each to the families of the deceased and Rs 50,000 each to the injured.