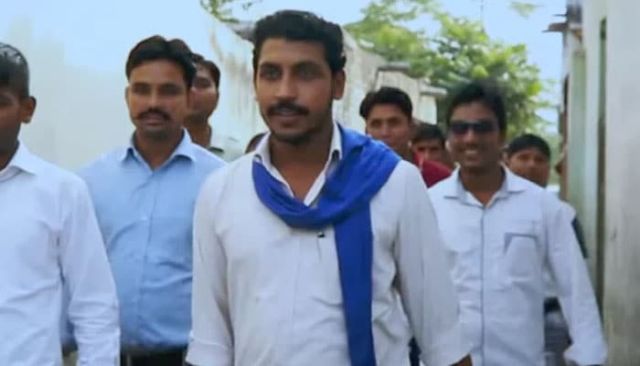 Lucknow: Amnesty International India and Bhim Army are demanding that the Uttar Pradesh government immediately release Chandrashekhar Azad from administrative detention who has been languishing in prison for the past one year.

Speaking to the media in Lucknow, Amnesty International India and Bhim Army highlighted that Chandrasekhar Azad has been denied a fair trial for many months now. He was first arrested on 8 June 2017, for his alleged involvement in the 2017 Saharanpur riots. On 2 November 2017, the Allahabad High Court granted him bail. While granting bail, the court reportedly observed that cases against Chandrasekhar Azad were politically motivated. However, a day later, before he could be released from jail, he was arrested again—this time under the draconian National Security Act (NSA). The NSA permits administrative detention for up to 12 months on loosely defined grounds of national security and maintenance of public order. The NSA has often been used to target human rights defenders in India.

“The state government has done everything to keep Chandrashekhar Azad ‘Ravan’ in jail. What crime has he committed?” asked Vinay Ratan Singh, President of Bhim Army. “When the riots were taking place, the same state authorities had asked for his and Bhim Army’s help to maintain peace in Saharanpur. Now they are saying that if he is released, he will create a law and order problem,” said Vinay Ratan Singh.

“The Allahabad High Court’s decision not to quash the NSA order detaining Chandrasekhar Azad ‘Ravan’ raises disturbing questions. It is essential for courts to protect fair trial guarantees of all persons and ensure that the criminal justice system is not undermined,” said Asmita Basu.