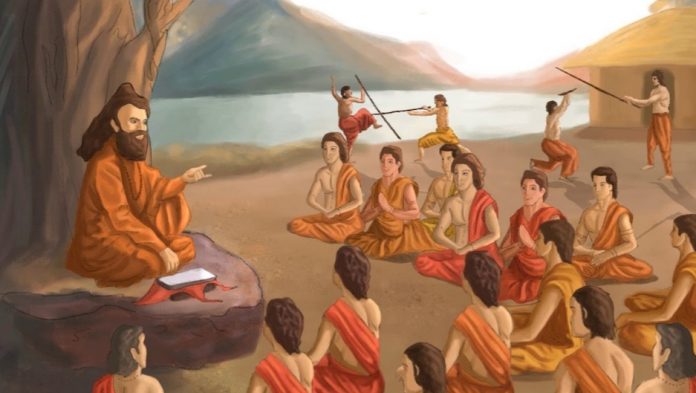 The CBSE has dropped chapters and topics about the Non-Aligned Movement, the Cold War era, the rise of Islamic empires in Afro-Asian territories, the chronicles of Mughal courts and the industrial revolution from the history and political science syllabi of 11 and 12 classes.

Likewise in the class 10 syllabus, the topic “impact of globalisation on agriculture” from a chapter on ‘Food Security’ has been excluded. The translated excerpts from two poems in Urdu by Faiz Ahmed Faiz in the ‘Religion, Communalism and Politics – Communalism, Secular State’ section have also been excluded this year.

The Central Board of Secondary Education (CBSE) has also dropped from the course content chapters on ‘democracy and diversity’.

When asked about the reason behind the dropping the certain topics or chapters, officials maintained that the changes are part of rationalisation of syllabus and are in alignment with recommendations by the National Council of Educational Research and Training (NCERT), reported news agency PTI.

According to the description in last year’s syllabus, the dropped chapter “Central Islamic Lands” in the class 11 history syllabus talks about the rise of Islamic empires in the Afro-Asian territories and its implications for economy and society.

The chapter focused on areas of Islam in reference to its emergence, the rise of the caliphate and empire building.

Similarly, in the class 12 history syllabus, the excluded chapter titled ‘The Mughal Court: Reconstructing Histories through Chronicles’ examined the chronicles of Mughal courts to reconstruct the social, religious and cultural history of the Mughals.

The syllabus shared with schools for the 2022-23 academic session also hints at the board’s decision to revert to a single-board exam in a session from the two term examination last year.

While the two term exam was announced as a one-time special measure taken in view of the Covid pandemic, the board officials had last week said a final call will be taken in due course of time keeping in mind the situation.

According to a senior board official, “CBSE annually provides curriculum for classes 9 to 12 containing academic content, syllabus for examinations with learning outcomes, pedagogical practices and assessment guidelines. Considering the feedback of stakeholders and other prevailing conditions, the board is in favour of conducting the annual scheme of assessment at the end of the academic session 2022-23 and the curriculum has been designed accordingly.”

However, this is not the first time when the board has dropped certain topics and chapters, which have been part of the curriculum for decades, from the syllabus.

As part of its decision to rationalise the syllabus, the CBSE in 2020 had announced that chapters on federalism, citizenship, nationalism, and secularism in the class 11 political science textbook will not be considered while assessing students, triggering a major controversy.

The topics were restored in the 2021-22 academic session and remain a part of the curriculum.