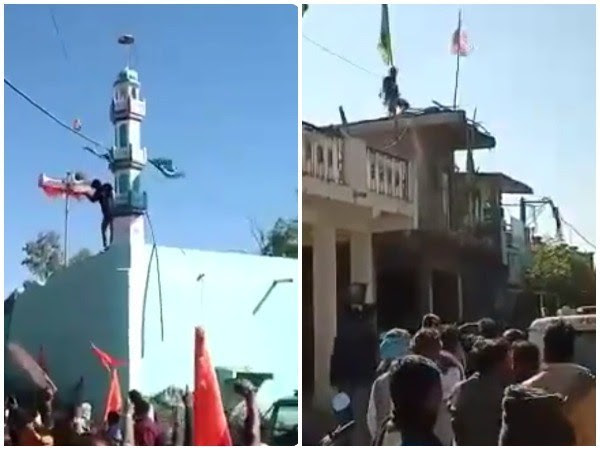 WASHINGTON : The Indian American Muslim Council (IAMC), an advocacy group dedicated to safeguarding India’s pluralist and tolerant ethos, on Monday said that persecution of Muslims under the rule of militant Hindu nationalist Bharatiya Janata Party, has increased beyond one’s imagination. “The Narendra Modi government must demonstrate to all Indians and the international community that the Constitution is still in effect,” said Mr. Ahsan Khan, President of IAMC. “This will require putting a stop to the violence against Muslims by groups affiliated to the larger ideological fraternity of the Rashtriya Swayamsevak Sangh (RSS),” added Mr. Khan. BJP is the political arm of RSS.

On January 26 India will celebrate its Republic day which honors the date on which India adopted the Constitution of India. The Constitution is a collective resolution of the people of India to secure for all its citizens justice, liberty and equality and to promote fraternity among them all, without regard to caste or creed.

The strongly worded statement of the IAMC president, came after a series of incidents, suggesting Indian state legitimized the persecution of Muslims, encouraged, and enabled violence against the largest minority community in the country.

The vandalization of Brigadier Mohammed Usman’s grave marks yet another low in India’s rapid descent into fascism. The fact that the grave of a true national hero and martyr like Brigadier Usman was targeted shows that the nationalism of Hindutva is not about the nation at all, nor does it adhere to the norms of any religion. Rather, it is a narrow, bigoted creed that does not regard anything as sacred in its naked drive for power and supremacy.

“Be it Uttar Pradesh or Madhya Pradesh, there is no limit to persecution of Muslims by the state. Being a Muslim in India has become a nightmare and that needs to stop,” said Mr. Khan. He referred to the anti-conversion ordinance passed by Uttar Pradesh which is being governed by the Islamophobic, hate mongering, Chief Minister Yogi Adityanath, now increasingly the poster boy for radical supremacist groups aligned with Hindutva.

The Ordinance targeted Muslim men who happened to marry Hindu women. In its aftermath numerous cases of harassment of interfaith couples were reported. Over a hundred former civil servants from the IAS, IFS, IPS and other branches of the services, declared that the Ordinance turned the state into “the epicenter of politics of hate, division and bigotry.” They wrote to the state chief minister Adityanath, urging him to withdraw the controversial law. These former civil servants include former National Security Adviser Shivshankar Menon, former Foreign Secretary Nirupama Rao and former Adviser to the Prime Minister TKA Nair.

“In Ujjain district of Madhya Pradesh on January 31, police razed the house of a daily wager who had built his house over the past 35 years, pushing a family of 19 to the street. It was done in a one-sided action by the Police after the local Muslim community resisted vandalism of Bharatiya Janata Yuva Morcha workers who tried to create communal disturbance by chanting Hanuman chalisa in front of a mosque, and later damaging its minaret,” said Mr. Jawad.

He said that members of right wing Hindu groups used collection of donations for the construction of Ram temple as a pretext to create fear among Muslims.

“The agitation for demolition of Babri mosque during the 1990s was turned into a source of majoritarian violence. Hindutva groups are following a familiar model of violence,” he added.

US Congress members express concern over religious discrimination, intolerance and violence in India