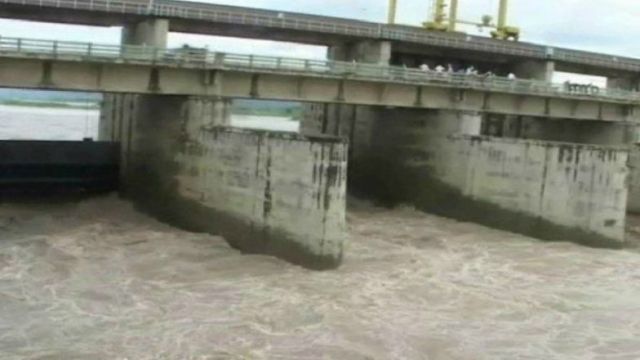 “On Saturday morning over 200,000 cusecs of water was released into the Yamuna from the Hathnikund barrage — which provides drinking water to New Delhi,” an official told IANS in Chandigarh.

In the national capital, the water level in the Yamuna crossed the danger level by 10 a.m., a Flood Control department official said.

The official said villages along the Yamuna river have been alerted about the release of the excess water. The city government have already begun evacuating people from low-lying areas.

The water-level at the Hathnikund barrage along the Haryana-Uttarakhand border rose to alarming levels owing to overnight heavy rains in Uttarakhand and Himachal Pradesh.

The Yamuna river passes through Yamunanagar, Karnal and Panipat districts in Haryana before entering New Delhi.

The Met has predicted that Haryana’s neighbouring hill states would continue to experience heavy rains.