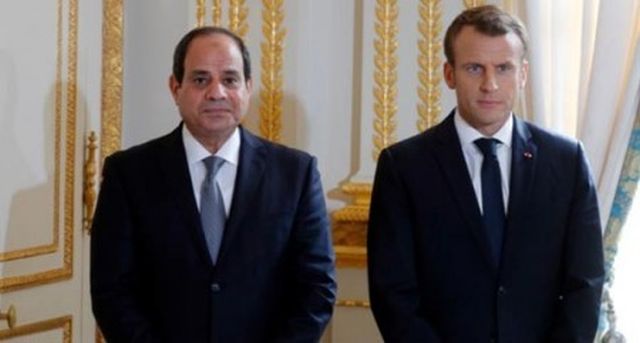 “The two presidents expressed their support for all exerted efforts to settle Syrian crisis politically, stressing the importance of the participation of Arab states and the permanent members of the UN Security Council in this regard,” said spokesman Bassam Rady said on Saturday, Xinhua reported.

During the phone call, Sisi reiterated Egypt’s fixed position that rejects the use of any internationally forbidden weapons on the Syrian lands, urging for a transparent international probe into the issue in accordance with the international references and mechanisms, said the statement.

Sisi and Macron agreed to continue consultation and coordination.

The French President said that he has instructed his foreign minister to visit Cairo in late April for further discussions on bilateral relations and other issues of mutual concern, Rady noted.

A US-led coalition including Britain and France launched missile strikes on Syria on April 14 over allegations of Syrian government’s use of chemical weapons.