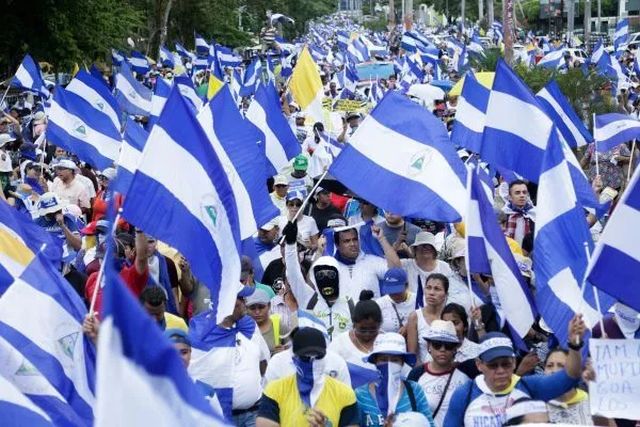 Al Hoceima (Morocco) : Morocco’s King Mohammed VI, in a nationally televised address, promised to work with the people to overcome “hurdles” in the implementation of development programmes, projects and the creation of jobs to provide the 35 million people of the country a dignified life.

In the speech delivered from Al Hoceima, in northern Morocco, on the occasion of the 19th anniversary of his accession to the throne on Sunday, the King, without naming them, also hit out at those at the centre of protests at Al Hoceima last year, saying Moroccans would “not allow the advocates of chaos and nihilism or the peddlers of misconceptions to exploit certain deficiencies” in order to create trouble in the North African nation.

“Political parties and institutions are expected to respond on a permanent basis to the citizens’ demands and to react immediately to events and developments occurring in society, even anticipate them, instead of letting situations deteriorate… Citizens’ affairs cannot be put on hold for they do not relate to a specific period of time,” he said.

He called for a national registration system to identify families for social assistance programmes.

The King called for the government and all stakeholders to “undertake an in-depth, thorough restructuring of national social welfare programmes and policies and to submit proposals for their evaluation”.

Calling for the need to “build on achievements and put successful experiences to good use”, the King suggested some measures, including giving a strong impetus to school enrolment programmes to arrest school drop-out rates.

He proposed launching of the third phase of the National Initiative for Human Development that would support groups in difficult situations and help in income-generating activities that create jobs.

He also called for a thorough review of the national health system, “which is characterized by blatant disparities and poor management”, and for a “social dialogue” between the government and trade unions.

He said that government agencies would get a month to respond to investment-related requests and that if no answer is received by the time, it would be taken as a go ahead.

The King hoped the measures would give a fillip to investment and boost job opportunities and improve the quality of services offered to people “and reduce foot-dragging which leads to corruption”.