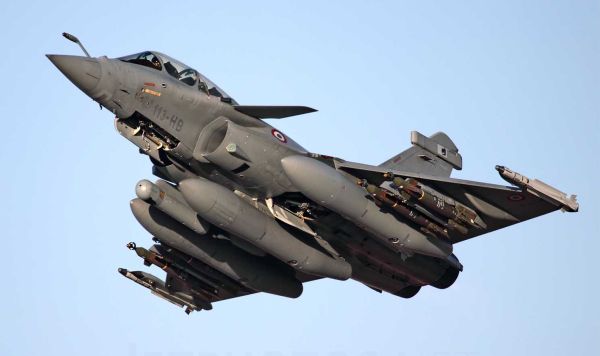 New Delhi, Jan 25 : Prime Minister Narendra Modi said on Monday only the financial details need to be worked out in finalising the much-awaited purchase of Rafale fighter aircraft from France, adding that it would be concluded soon.

Modi had, during his visit to Paris last year, announced India’s intention to purchase 36 Rafale medium multi-role combat aircraft built by the French aerospace major Dassault. The deal is valued at around Rs.60,000 crore (almost $9 billion).

“Only financial aspects of the Rafale deal is left. The inter-governmental agreement has been finalised. It will be done soon,” the prime minister told reporters after delegation-level talks with French President Francois Hollande here.

On his part, Hollande said: “We signed an inter-governmental agreement (IGA) on Rafale deal. It is a decisive step for India to purchase the fighter jets and also for France to make them available to a great country like India.”

Referring to the financial aspects of the deal, Hollande said: “That will be sorted out soon.”

“Dassault Aviation is very pleased with this progress, and is actively supporting French authorities in their efforts to finalize a complete agreement within the next four weeks,” the company said in a statement from Saint Cloud in France.

The Indian Air Force (IAF) had shortlisted Rafale for induction into its frontline combat fleet, replacing the ageing Soviet-era MiG-21 squadron but the deal did not materialise for long.

The original deal, at an estimated cost of $20 billion, was for delivery of 126 fighters, including 18 off-the-shelf by Dassault, and 108 to be manufactured in India under licensed production by the state-run Hindustan Aeronautics Ltd (HAL) over time, with 50 percent offset obligations to benefit the domestic aerospace industry.

The IAF opted for the twin-engined Rafale in January 2012 over Eurofighter Typhoon of the European consortium EADS Cassidian after outsmarting F-16 of American Lockheed Martin, F/A-18 of Boeing, MiG-35 of Russian United Aircraft Corp and Swedish SAAB’s Gripen in a global competitive bid floated in August 2007.—IANS