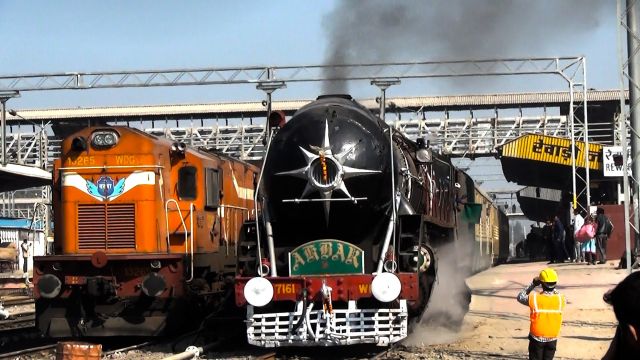 New Delhi : The Indian Railways has circulated a draft Cabinet note to various ministries seeking comments on making significant changes — such as extending the lease period from 45 years to 99 years — in its ambitious station redevelopment programme.

The note has been sent for inter-ministerial comment as the state-run transporter has, apart from the change in the lease period, proposed other crucial changes, including in who can bid for the projects.

In July 2015, the Union Cabinet had approved a proposal to redevelop 400 railway stations using a contract method called the “Swiss Challenge” — with a 45-year lease period.

The Swiss Challenge method is a process of giving contracts where any person with credentials can submit a development proposal to the government. That proposal is placed online and others can submit suggestions to improve and beat that proposal.

An expert committee then accepts the best proposal and the original proposer gets a chance to accept it — if it is an improvement on his proposal.

However, the scheme did not elicit a good response for a variety of reasons.

Besides, earlier only General Managers (GM) of zonal railways were authorised to undertake the exercise.

The Railways has now proposed widening the scope by extending the lease period to 99 years and, instead of the Swiss Challenge method, it has allowed joint ventures with states, public sector participation, public-private partnership (PPP), and the engineering, procurement, construction (EPC) models as well.

In addition to GMs, now other agencies – such as the Indian Railway Stations Development Corporation Ltd (IRSDC) — have been roped in to carry out the station redevelopment exercise.

“With so many vital changes in the earlier proposal, it is necessary for the Railways to seek fresh Cabinet approval,” a senior Railway Ministry official said.

The comments from the Finance, Urban Development and Law Ministries are essential before making the final Cabinet note.

“With the scope now being expanded, we expect positive response for the project,” the official said.

The redevelopment of station envisages opening of shopping plazas, office complex, hotels, multiplexes and parking lots, among others commercial activities, on rail land and making provisions for improved passenger amenities at stations.

The government aims to use the redeveloped stations as catalysts of economic activity in the surrounding areas.

While the Railways aims to earn about Rs 50,000 crore over next 10 years from commercialisation of rail land near stations, the ambitious project is expected to involve expenditure of over Rs 1 lakh crore — Rs 80,000 crore in commercial exploitation and Rs 35,000 crore in station redevelopment.