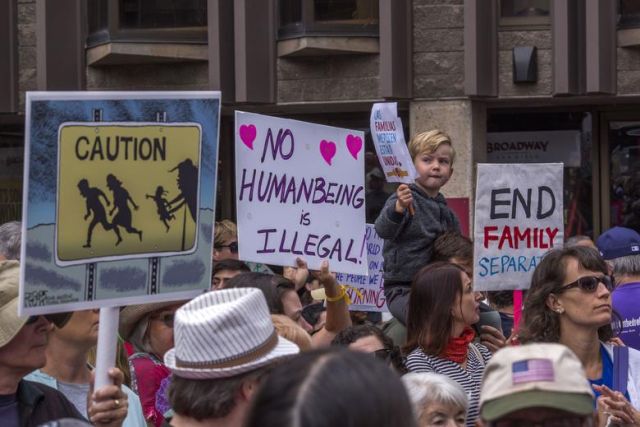 Although Trump signed an executive order on Wednesday to end the separations after enormous political pressure and public outrage, the protesters on Saturday gathered in front of the Civic Centre in downtown to march to the local office of US Immigration and Customs Enforcement, reports Xinhua news agency.

Many children took part in the nearly 5,000-strong rally with their parents.

The protest called on the Trump administration to end the practice of immigrant family detention and separating children from their parents, which has sent shock waves across the country.

“We are broken hearted, we are ashamed, we are furious,” Congressman Scott Peters said.

Peters helped introduce the Keep Families Together Act, which prohibits Department of Homeland Security officials from separating children from their parents, except in extraordinary circumstances, like trafficking indicators or other concerns of risk to the child.

According to the protest organisers, similar demonstration will be held across the country next week.