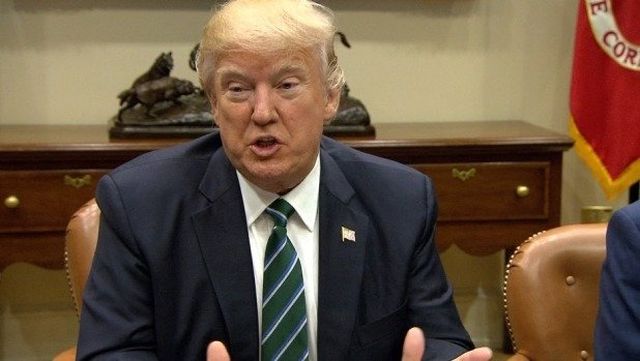 Washington : US President Donald Trump cited an “unusual and extraordinary threat” to American national security as he maintained long-standing economic restrictions on North Korea, including the freezing of any assets in Washington, a media report said.

Harsh economic restrictions will continue for one year under the declaration Trump signed Friday.

The paperwork keeps in place restrictions first imposed a decade ago by President George W. Bush.

The ban on the transfer of any American assets by North Korea’s leaders or its ruling party has been extended or expanded several times by former President Barack Obama and Trump himself in response to North Korean missile tests and other actions.

“The existence and risk of proliferation of weapons-usable fissile material on the Korean Peninsula (and_ the actions and policies of the government of North Korea… Continue to constitute an unusual and extraordinary threat to the national security, foreign policy, and economy of the US,” Trump wrote in the declaration.

Friday’s development comes in contrast to a tweet on June 13 where Trump said: “Just landed – a long trip, but everybody can now feel much safer than the day I took office… There is no longer a nuclear threat from North Korea.”

The move follows as the US and South Korea cancelled two more training exercises on Friday, reports the BBC.

The Pentagon said the goal was to support diplomatic negotiations.