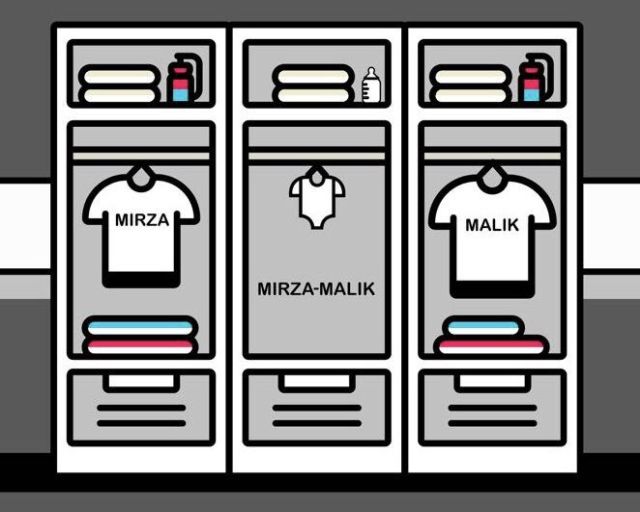 New Delhi: Social media has got rolling as Sania Mirza announced that she would be turning a mother soon. The star tennis player from India made the announcement through her Twitter and Instagram account. Using a very unique way to announce the good news to her fans and followers, Sania used an illustration of closets while making it different for a boy and a girl. She captioned the photo “#BabyMirzaMalik”

Sania married Pakistan cricket all-rounder Shoaib Malik back in 2010 and the marriage was a much talked affair. This is their first child, eight years after the marriage.

Earlier, Sania had got engaged to a childhood friend Sohrab Mirza but the wedding was later called off. Shoaib was also engaged to another Indian lady before he tied up with Sania.

In a recent interview, Sania had even said that she will keep their child’s name as Mirza Malik

Sania was awarded the Arjuna Award back in 2004 and the Padma Shri two years later in 2006. She is now a Padma Bhusan in the year 2016 and in the same year she received the highest sports award of the country, the Rajiv Gandhi Khel Ratna Award.

In 2014, she was also named the brand ambassador of her state Telangana.

Just say you made this propaganda movie to spread hate and earn money: Journalist to Vivek Agnihotri