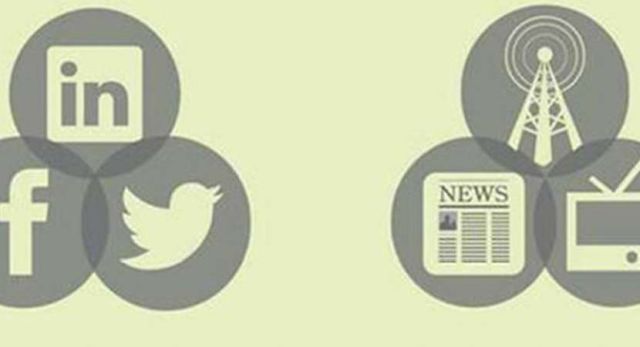 The increasing polarisation among media in India — and perhaps across the world — has led to an unprecedented trust deficit in everyday news. What was once regarded as the fourth pillar of democracy today finds itself under the scrutiny of citizens as tainted news published with self-securing motives are an everyday occurence in our times.

The times we live in are extremely challenging for the media. How media outlets have been hand-in-glove with political leaders and parties is no secret today. A journalist now commands far less respect in society than was the case even a decade ago. All of this, along with a host of other compelling factors, have together led to a massive downslide in the media’s place in a liberal democracy. There is the suspicious eye of the audience, who, even while reading or watching what the media reports, refuses to believe. Media is no longer, for most audiences, the honest purveyor of news — difficult to digest but apparently true.

The very purpose of media’s existence is in a crisis — a crisis that could well result in social media taking on the “fourth pillar of democracy” tag. And this could happen far earlier than projected.

This may happen because of a variety of reasons, primarily because the attraction that the social media has for those who were earlier fed by the mainstream media and the increasing affordability of the internet for the less privileged.

From television channels to most leading dailies in India, the reportage on non-sensational news — whether it is cultural or social and clubbed as “soft” news — is fast diminishing. Pages that were earlier dedicated to theatre, music and books are being replaced with “hard” politics — or simply negative and conflict-bearing news — that point to the grim picture of the times we are living in. There is no space to breathe for a particular section of readers that is intellectually inclined. Social media, thus, comes as a natural relief to such audience as just a couple of clicks in the keyboard will lead a visitor to the content that he wants.

Added to this is the challenge posed by the affordability of the internet in India. Telecom operators have already rolled out unlimited monthly internet plans that are, quite shockingly, even cheaper than a monthly subscription of most newspapers. At the same time, there is a significant rise of “social media influencers” across platforms on the internet. Celebrities of the internet in their own right, many social media influencers target niche audiences based on language, geographical location and even religion and caste, in many cases.

But the most significant factor leading to a slide in the traditional media’s position is a result of its own doing. In the race to make the utmost use (and monetary profit) of the internet, media outlets of our times have given it their entire content. The excitement to read the newspaper early in the morning, therefore, is gradually dying, because almost everything that appears in the newspaper is already trending on the social media in advance.

As is widely known, the internet-news concept in India has been plainly borrowed from the West, without an attempt made to either protect the sovereignty of print or to filter the content that goes online. Internet thrives on content — and content of a certain kind that will appeal to the user instantly — clickbaits. So even newspapers that would never publish a certain kind of article in their print editions actually end up having many of those kinds on their websites. What we miss here is the trust deficit that gradually builds in the reader for the entire brand of a given newspaper that publishes such content.

The circulation mafias and selective advertisements have made matters worse for the traditional media.

But the rapidly rising popularity of social media and its increasing user-base cannot alone replace media as the fourth pillar of democracy. After all, media is the trusted voice of the people and, as African-American human rights activist Malcolm X said, media is “the most powerful entity on earth. They have the power to make the innocent guilty and to make the guilty innocent, and that’s power. Because they control the minds of the masses”.

Hasn’t social media too come to command a similar, if not more vicious and quicker, authority today?

Social media and the internet are still new phenomena in India, something that even today’s college-goers have seen evolving before their eyes. Traditional media, on the other hand, has been around for hundreds of years. It is high-time that media entrepreneurs and voices from the fraternity re-evaluate traditional media’s interaction with social media.

If not, social media may well, if not already, replace the traditional media as the fourth estate — and that is a fear more forbidding.

(Saket Suman is a Principal Correspondent at IANS. The views expressed are personal. He can be contacted at saket.s@ians.in )