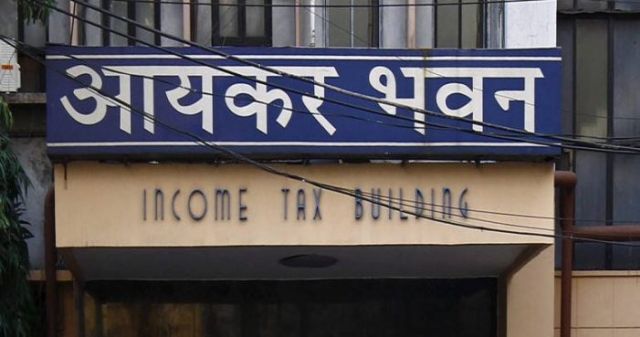 Mumbai : In an apparent volte-face, the Central Board of Direct Taxes has said that figures of ‘write-offs’ of Income Tax arrears furnished under right to information action were sent out in error.

Responding to an IANS report “Income Tax Department writes off huge arrears, show RTI replies” on May 28, 2018, the CBDT’s official spokesperson said that the the Principal Chief Commissioner of Income Tax (Pr-CCIT) Hyderabad had provided erroneous figures of ‘write-offs’ under an RTI application filed by Chandra Shekhar Gaur, a Neemuch (Madhya Pradesh) activist.

The CBDT spokesperson, Saurabh Ahluwali, Commissioner of Income Tax (Media & Technical Policy) now says that the information provided was “due to an inadvertent error made by the CPIO who reported the figures of ‘Cash Collection’ or recoveries made from arrears in these years as the figures of arrears written off.”

The correct amount of arrears written off in those two years for the Andhra Pradesh & Telangana by the Pr-CCIT Hyderabad, was actually zero (Nil), as no write-off orders were passed in these (two) years, he said, adding that the RTI applicant Gaur has been informed of the mistake.

Interestingly, the IANS had sent an email to the CBDT on May 16, with specific queries on the figures and the authorisation levels for the ‘write-offs’, which was ignored for nearly 13 days.

After the IANS story was published on May 28, the CBDT swung into action with a reply.

On the figures of tax arrears, totaling to over Rs 50,000 crore, including over Rs 33,157.97 crore from Pune alone, provided under RTI by various IT offices across India, the CBDT spokesperson said it had already collected Rs 44,633 crore during 2017-2018, which was 14.6 percent higher than Rs 38,944 crore collected in the previous fiscal.

The CBDT reiterated that ‘write-off’ of arrears was a detailed and long-drawn process and only initiated for arrears which become irrecoverable “after all avenues for recovery are exhausted.”

Besides, all proposals of ‘write-off’ of arrears above Rs 5,000 are examined by a committee at Zonal, Regional and Local levels, while any proposals for ‘write-off’ above Rs 25 lakh must “be approved by CBDT” and any such amount above Rs 50 lakh need approval “by the Finance Minister.”

For small value arrears upto Rs 10,000, there are relaxations in guidelines under a fast-track process, but the rigorous process remains in place and during 2017-2018 (upto December 31, 2017), a meager amount “of Rs 5.6 crore was written off in the entire country, the spokesperson said said.

IT raids at media group Dainik Bhaskar’s premises across country