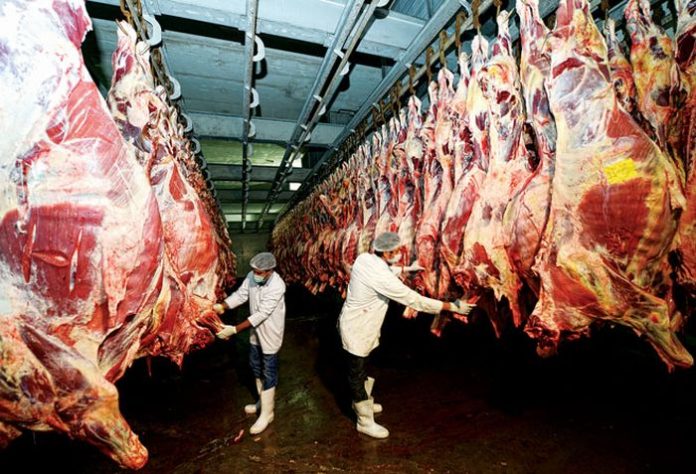 New Delhi: A pink revolution has already taken place under the present Modi Raj. In a startling revelation by OECD-FAO Agricultural Outlook beef exports from India to the developed nations have doubled under the current Modi regime. According to the report India exported 1.56 million tonnes of beef in 2017 and is expected to maintain its position as the third-largest Beef exporter, accounting for 16 per cent of global exports in 2026.

India currently sits at the third position when it comes to export of beef and is projected to hold on to that position over the next decade, according to a report by the Food and Agriculture Organisation (FAO) and the Organisation for Economic Cooperation (OECD).

The right wing Rashtriya Swayam Sevak (RSS) and the ruling Bhartiya Janta Party (BJP) have always opposed slaughtering of cows in the country on religious grounds. In Hinduism, cows are thought to be sacred, are seen as a ‘caretaker’ or maternal figure. Interestingly, Prime Minister Modi during his recent visit gifted 200 cows to poor villagers in Rwanda- a beef eating nation.