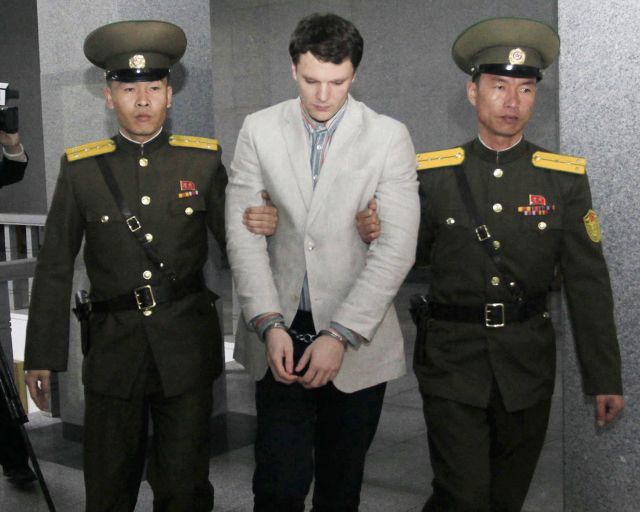 Washington : A federal judge in Washington ordered North Korea to pay $501 million to the parents of Otto Warmbier, holding the country accountable for the “barbaric mistreatment” and death of the University of Virginia student in 2017.

Chief Judge Beryl A. Howell of the US District Court for the District of Columbia ruled on Monday that North Korea should pay damages to Fred and Cindy Warmbier, the parents of the student who died shortly after being released from a North Korean prison.

Warmbier was visiting North Korea with a tour group when he was arrested and sentenced to 15 years of hard labour in March 2016 on suspicion of stealing a propaganda poster. He died in June 2017, shortly after he returned to the US in a coma and showing apparent signs of torture while in custody.

Warmbier’s parents had filed a wrongful death suit against North Korean leader Kim Jong-un in April and appeared in court last week for the first hearing.

They sued the North Korean government for more than $1 billion, saying they were seeking “closure” and wanted to “obtain justice for the severe injuries” they say their son and family suffered.

Howell found North Korea liable for “the torture, hostage taking and extrajudicial killing of Otto Warmbier” as well as the injuries to his parents.

“An American family, the Warmbiers, experienced North Korea’s brutality first-hand when North Korea seized their son to use as a pawn in that totalitarian state’s global shenanigans and face-off with the US,” the judge said.

Howell demanded from North Korea $450 million in punitive damages as well as $51 million for the personal anguish and economic loss both Warmbier and his parents experienced, the Washington Post reported.

The ruling, however, was mainly symbolic as North Korea was unlikely to pay the damages.

Before Warmbier went on what was intended to be a short visit to North Korea with a tour group, Howell said: “he was a healthy, athletic student of economics and business in his junior year at the University of Virginia, with ‘big dreams’ and both the smarts and people skills to make him his high school class salutatorian, homecoming king and prom king.

“… He was blind, deaf, and brain dead when North Korea turned him over to US government officials for his final trip home.”

In a statement, Warmbier’s parents thanked Howell and called the decision a “significant step on our journey”.

“We are thankful that the US has a fair and open judicial system so that the world can see that the Kim regime is legally and morally responsible for Otto’s death. We put ourselves and our family through the ordeal of a lawsuit and public trial because we promised Otto that we will never rest until we have justice for him,” the couple said.