New Delhi: The reporting of the last week a “closed door meeting” by the Muslim Mirror has ruffled the feathers of the some ‘dubious’ Maulanas who actually organized this meeting. 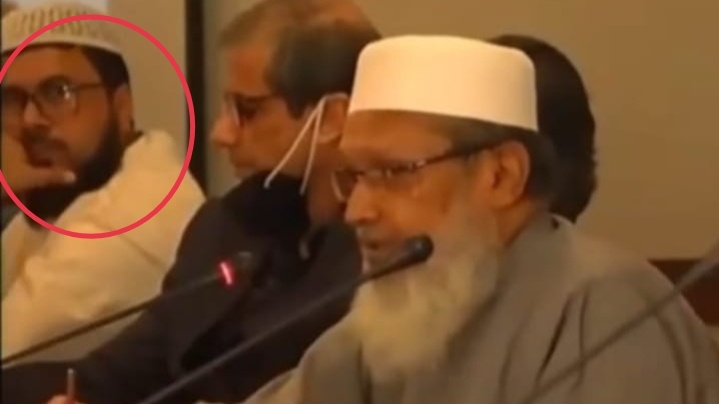 It is said Maulana Wali Rahmani, general secretary of the All India Muslim Personal Law Board was  real actor behind this show but he employed his proxies for extending the invite to the meet which has been what they called as “Jirga”  meaning consultation. 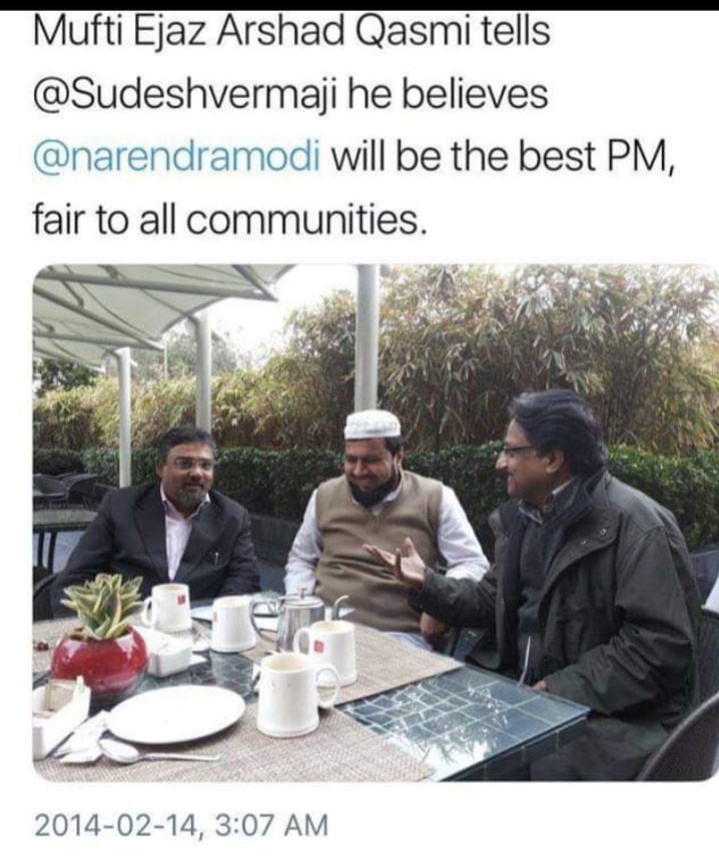 As we highlighted in our first report that the proxy is a discredited soul in the community because of his dubious activities.  Several Urdu journalists described him as a “grasshopper”.

Another social media post is available on a social media site which exhibits “Mufti” Modi bhakhti. The post is with a telling picture in which Mufti is sharing a dining table with BJP leader Sudesh Verma ji. 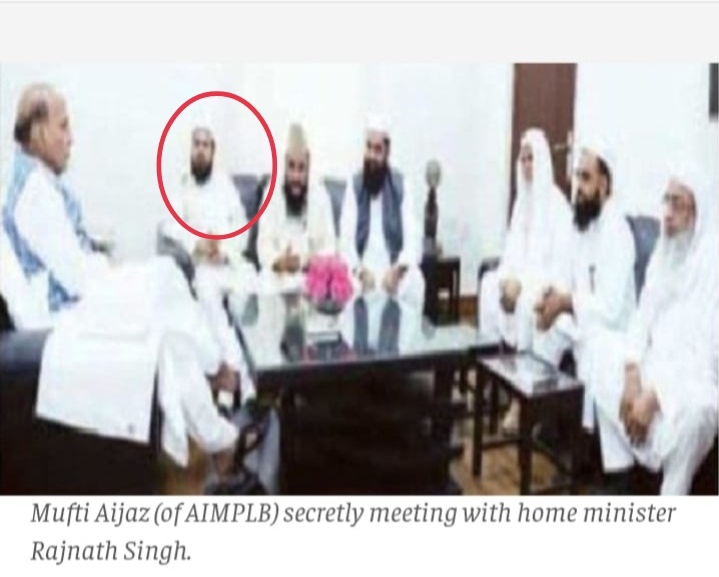 It seems that Mufti’s hobnobbing with the people in power is his Achilles Heel.  He was the first person who had the audacity to invite then HRD Minister Smriti Irani to the Jamia Millia Islamia under his paper organization ‘Friends of India in 2014’.

One journalist says he is a highly ambitious person and can go to any length for this. On elections eve, he holds press conference under one banner or another to fetch his pound of flesh from the contesting political parties by raking up “Muslim demands”.  It is also not a secret what he did during the Delhi Waqf Board’s membership.  A former member of Board told Muslim Mirror that he was allegedly involved in shady deals of waqf properties who was elected to the Board’s panel from the religious scholar quota. One Imam of a mosque situated in Lutyens Delhi said he allegedly used to intimidate us demanding a space to run his office  in the premises of the mosque.

He was one of the most visible Muslim faces in the so-called TV debates till the Zee Hindustan episode happened in which a lady from Godse bhakt slapped him. He had brought much disrepute to Muslim Personal Law Board and the community.  This compelled the Muslim law Board to distance from him.

Board secretary Umarian Mahfooz Rahmani declared Mufti Ejaz did not represent the All India Muslim Personal Board. 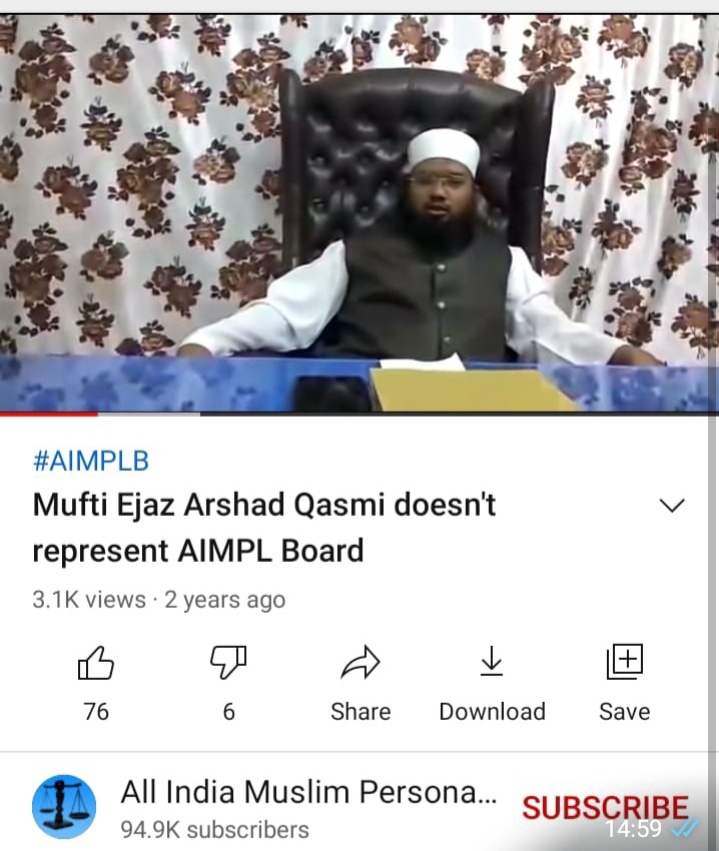 When the Zee Hindustan sordid episode came to light, there was forceful demand from the executive members of Muslim Board to expel him from the Board.  A committee was also formed to look into the matter under Mahfooz Rahmani but nothing happened because he is considered as ‘blue-eyed boy’ of the Board general secretary who made him the member.

By using such shoddy character people to organize such a meeting naturally creates doubt in one’s mind.

Just days before Maulana Wali Rahmani’s Deen Bachao Desh Bachao  mega rally , Mufti had a secret meeting with Rajnath Singh, then home minister. But but he denied such meeting till the images of meeting started floating in social media.

During  Sri Sri Ravishankar’s intervention in Babri Masjid case, the Muft reportedly flew to Bangalore and discuss the ‘out of court settlement deal’ of Babri Masjid with him.

The community asks Maulana Wali Rahmani, if he were sincere about the Muslim problems then why did he invite such persons in the meeting? Why there is brouhaha over the Muslim Mirror report which did not make any sweeping statement on the meeting and clearly stated that:

“Undoubtedly, there were some leaders who participated in the meeting who had impeccable character and their sincerity towards the community’s interest cannot be doubted.”.